In July 2021, TomTom co-founder and CEO Harold Goddijn is being recognized by the Automotive Hall of Fame with the inaugural Mobility Innovator Award, putting him alongside names such as Mario Andretti, Walter Bentley, Karl Benz and Enzo Ferrari.
Each year, the Automotive Hall of Fame honors standout individuals who have had a significant impact on the way we get around. Indeed, as we’ll learn, Goddijn, and TomTom for that matter, are names that should be on that list.


“The [mobility innovator] award recognizes the outstanding work an individual has accomplished to introduce new technologies and services that are redefining mobility,” said Automotive Hall of Fame President Sarah Cook. For Goddijn, taking the first ever Mobility Innovator Award only amplifies the achievement. 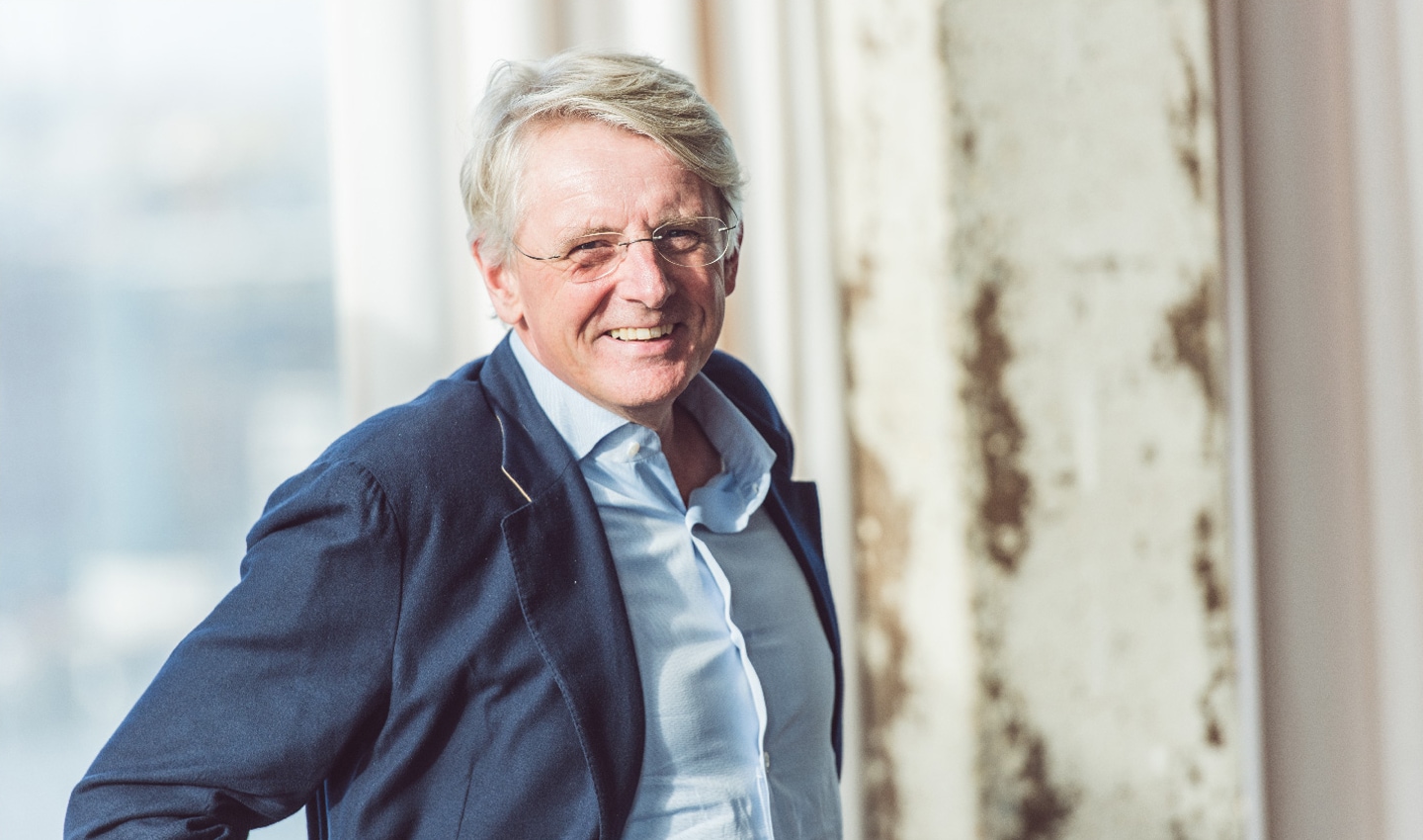 Harold Goddijn, CEO and one of four co-founders that started TomTom in 1991.

From changing the way people drive to improving the way the world moves, Harold and TomTom are no strangers to innovation. But what does it take to go from niche software firm to a global leader in spatial data and location technologies? I sat down with the TomTom CEO to find out.

Making a name in navigation

The journey began in 1991 when Harold and three like-minded entrepreneurs – his wife Corinne, Pieter Geelen and Peter Pauwels – founded TomTom. By 1994, the company found its niche making navigation applications for pocket computers (or PDAs). 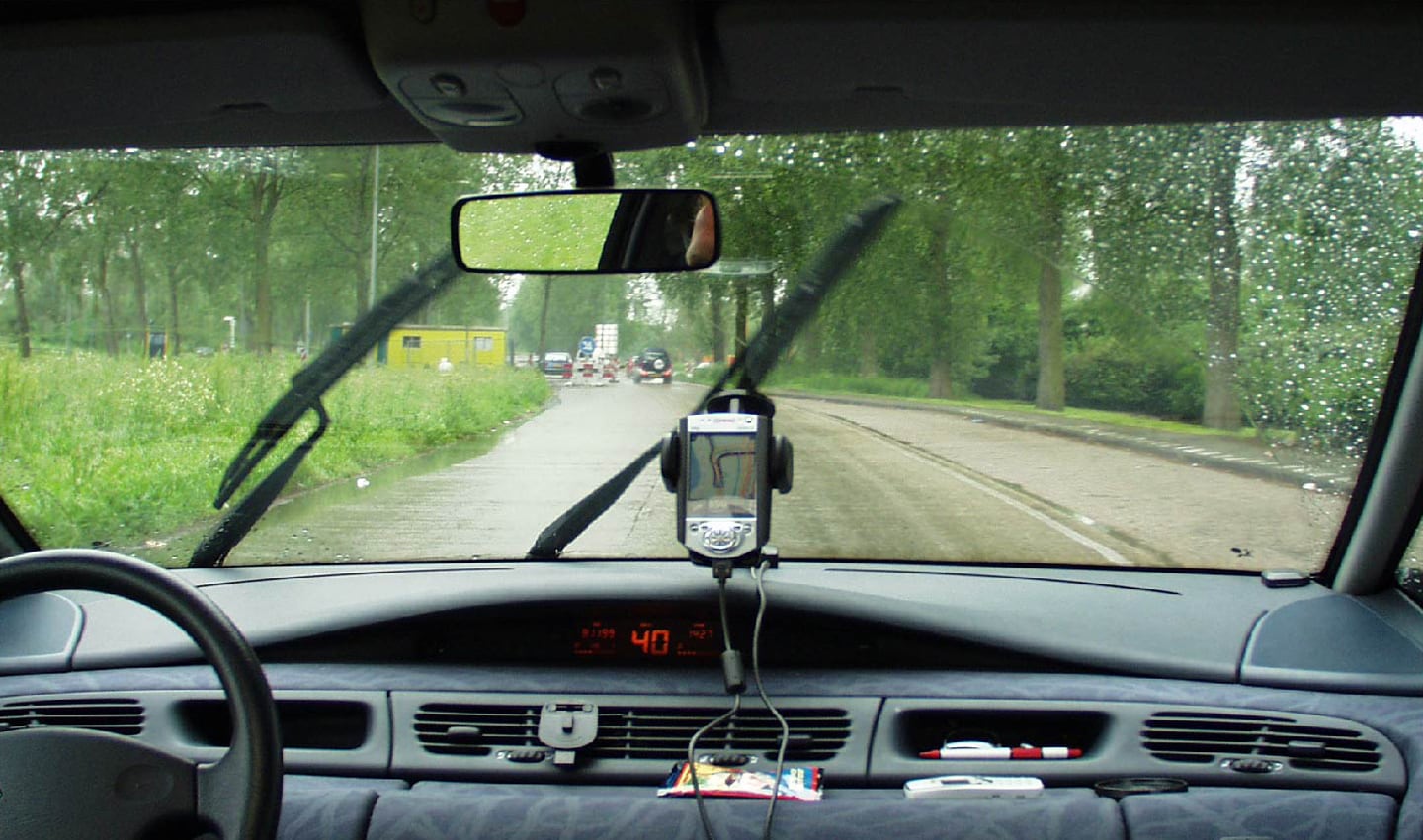 A prototype of one of TomTom’s first PDA-based navigation applications. The concept that started it all.

Back then, civilian GPS systems weren’t very accurate, and could only pinpoint users to within 110 yards. The US Army had access to highly accurate GPS, but it would take until 2000 for that version of the technology to be open to all of us. As the new millennium rolled around, legislation opened GPS for public use, and TomTom saw an opportunity.


Pivoting away from navigation apps for PDAs, TomTom developed and began selling dedicated navigation units for drivers and ended up changing the way we drive forever.


Released in 2004, the TomTom GO combined a touchscreen, GPS receiver, maps and software in one package. The device was accessible, easy-to-use, and affordable. Harold’s dream was for drivers to buy one, take it out of the box and use it on the way home. Which they did, in their millions. 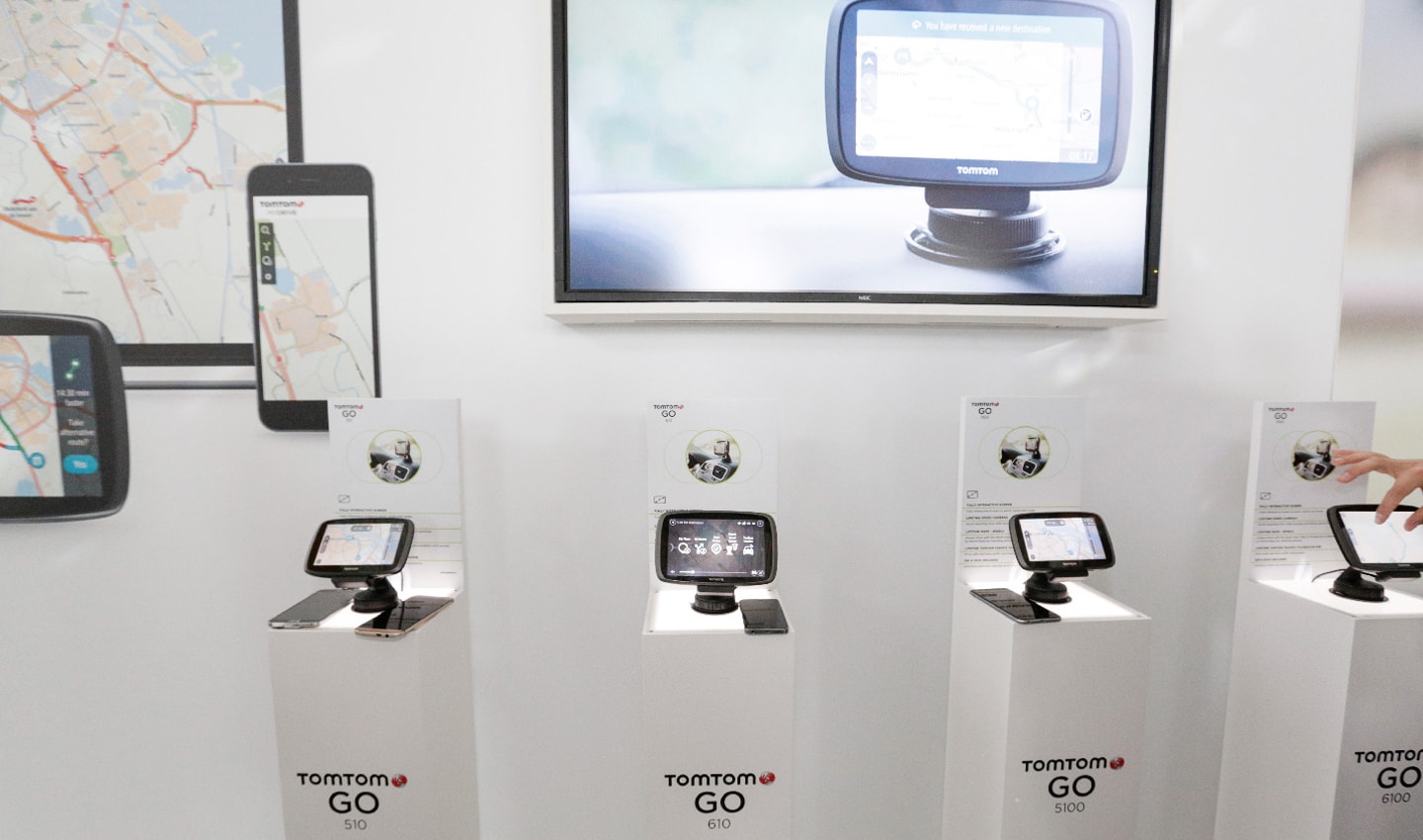 While it wasn’t the company’s intention, the TomTom Go created an entirely new product category – the personal navigation device (PND).


“When you start a product category that’s not what you’re thinking about. You solve a problem where you think technology can help,” Harold reflects. The goal was to improve the way people drive.


What’s more, even though it’s difficult to prove, navigation also made the roads safer.


“In those years where we democratized navigation, you could see a significant decline in the number of road casualties,” he adds “drivers started to trust this patient, soothing voice to guide them to their destination; it reduced stress and left drivers with more mental space to focus on the task of driving safely.” 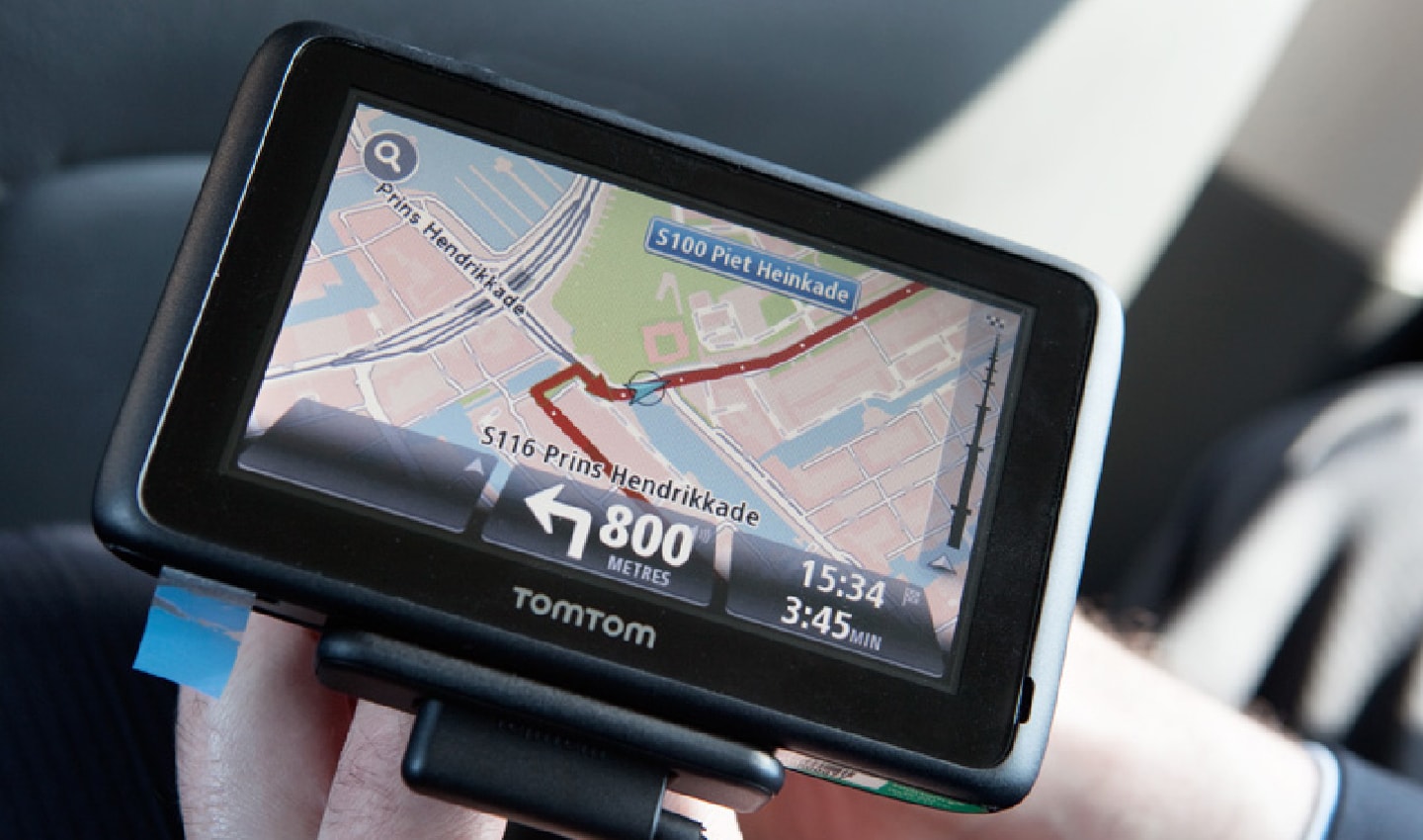 The TomTom Go was a neat, accessible, and affordable device.

It seems undeniable that TomTom’s PND had a positive impact and changed the lives of millions of drivers. Over a five-year period, the company sold more than 100 million units of its all-in-one navigation device. For Goddijn, “That was a breakthrough moment.”

A bump in the road

However, as smartphones put free maps into everyone’s hands, the road ahead for TomTom began to look bumpy. There was only one option for the company: evolve to become more than a consumer products business.


This wasn’t the first time that the company adapted, though. It’s used to feeling the ebbs and flows of the market, and saw the challenge coming before most others even anticipated it.


“We knew this thing [smartphones] was going to happen,” Goddijn tells me. “We already started to develop mobile applications in 2001, it wasn’t until 2008 with the iPhone that the category emerged. We were prepared for that to happen.” 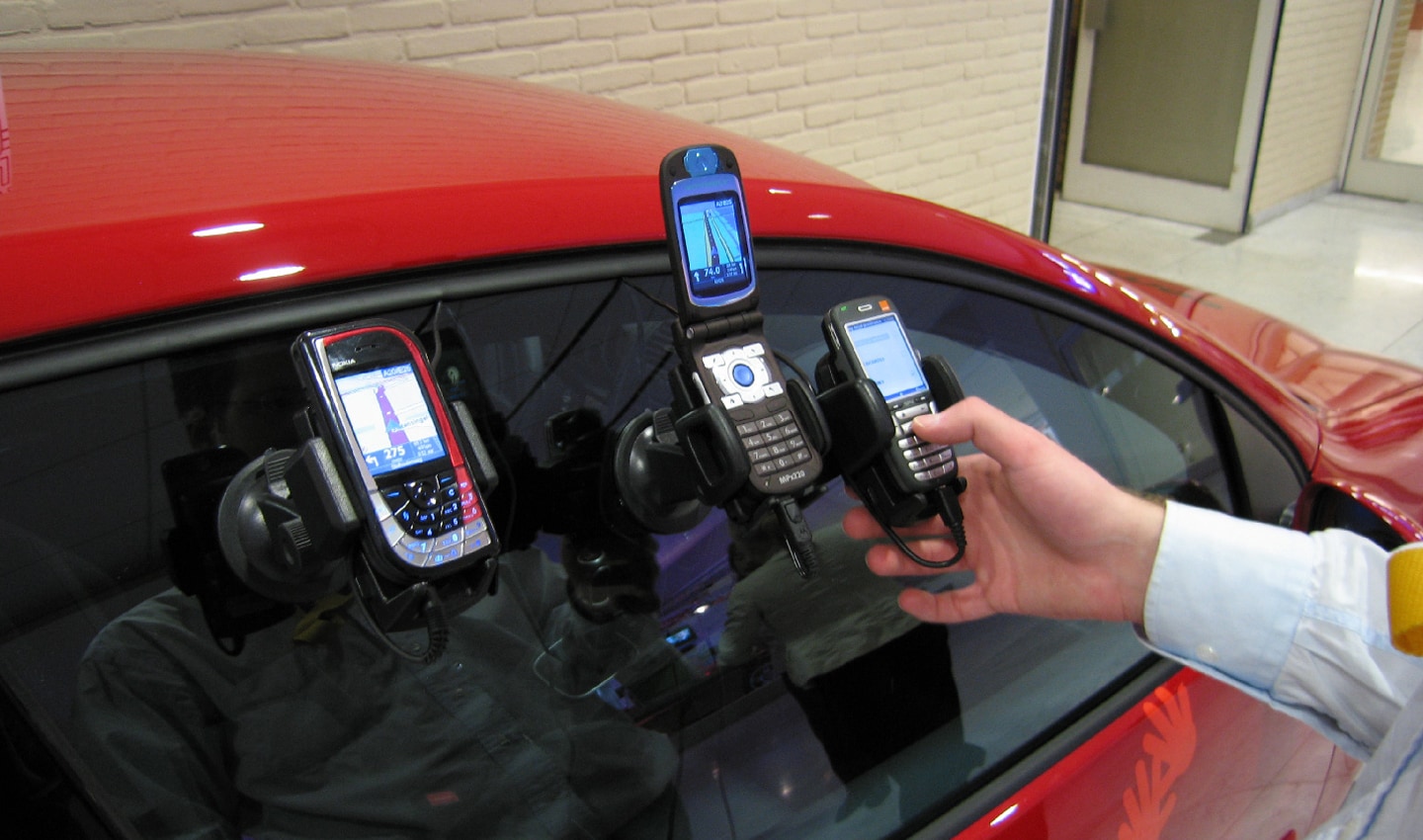 A selection of TomTom’s early phone-based navigation applications. This was years before smartphones became ‘a thing’.

Over the years, the company has amassed mountains of anonymized traffic and driving data. So not only does TomTom know where the roads are, but it knows how congested they are, their speed limits, and even the road’s curvature and gradient. It made perfect sense to start working with carmakers to help them create the best in-dash navigation systems around.


In 2007, TomTom debuted into the automotive market, offering software and services that allow carmakers to integrate TomTom’s navigation tech into in-vehicle infotainment systems. It was the first step in a journey that would see the company become a key supplier to some of the world’s best known, and most driven, car brands.

The TomTom powered digital cockpit in a Peugeot 308.

The following year, TomTom made a pivotal acquisition of Tele Atlas, one of the world’s leading digital map makers, which opened the door to becoming not just a navigation specialist, but a spatial data expert.


Soon after, TomTom developed its transactional production system which uses masses of signals from cars, trucks, and apps running the company’s software, to continuously detect changes to roads and infrastructure. These changes are then seamlessly integrated into the database with minimal human input.


“If you go back 30 years, what we were doing was a very labor intensive, almost artisanal activity. We had more than 10,000 sources, all local, where we would collect and digitize data and put it in the database,” he explains.


“Now there’s so much digital information that we can validate, and new technologies like computer vision and machine learning that help us process vast amounts of data, make something useful out of it, and put it on our data,” Goddijn adds.
The world never stops moving – and neither does our mapmaking ecosystem


Discover how we deliver maps that reflect the real world as closely as possible.
Read more
TomTom’s data are now so detailed, that they’re powering advanced driver assistance systems (ADAS) in millions of cars across the globe. It’s the next evolution of technology in TomTom’s pursuit to make the world’s roads safer and reduce congestion.


For Goddijn, creating the most detailed data and providing the most accurate traffic info isn’t just a task, it’s the company’s raison d’etre. 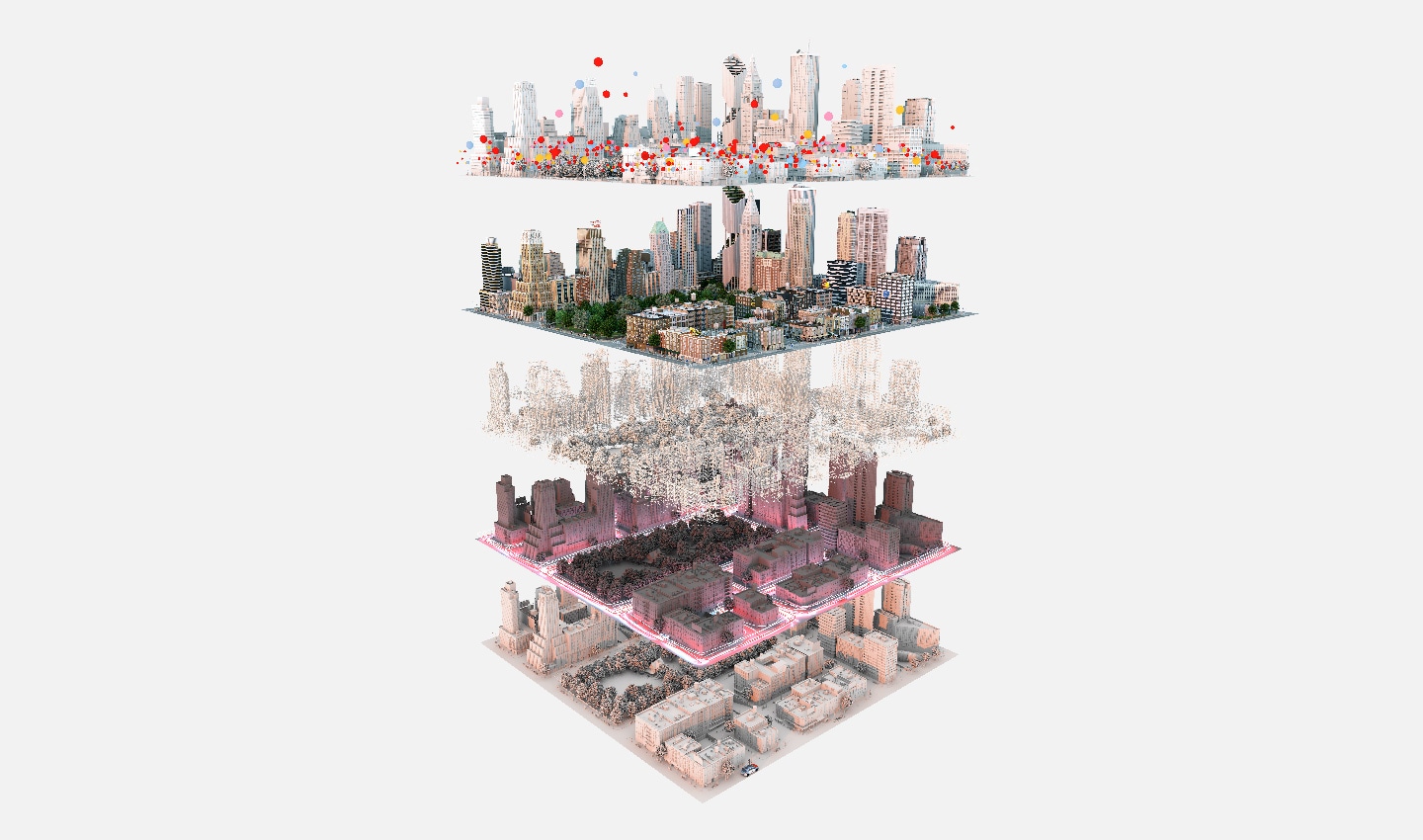 TomTom’s HD maps are made of numerous layers, each bringing more detail than the last. They’re now so comprehensive that they’re being used in automated vehicles.

“We want to make our data richer, more accurate, and fresher. Whenever a change in the real world is happening, we want to have that in the shortest time possible.”


This constant development is what has motivated TomTom over the past three decades. It’s what primes the company for the future and the fast-changing and unpredictable world of mobility.

Moving into the future with speed and agility

According to Goddijn, the “rapid pace of innovation and new possibilities” is what makes it so exciting to work at TomTom. It’s also one of the things that’s driving the company forward.


Goddijn is aware that the future will come with its own challenges, and no doubt it will require TomTom to adapt and evolve many more times. “The world is a funny and complex place. It’s very difficult to predict what the world will look like in five years, ten years from now,” he says.


Above all, the TomTom CEO is confident of his, and his company’s, ability to change and adapt to what the market throws at it. After all, its agility has led it from being well-known as a consumer product brand, to rank as one of the globe’s top spatial data suppliers, which now provides data to triple A tech companies and nearly all carmakers around the globe.


Judging by Goddijn’s outlook, we’ve just scratched the surface of what’s to come in the world of mobility.


The real gamechangers, he says, will be the developments and breakthroughs we least expect. The ones that build quietly overtime and end up having a massive impact, much like TomTom has. 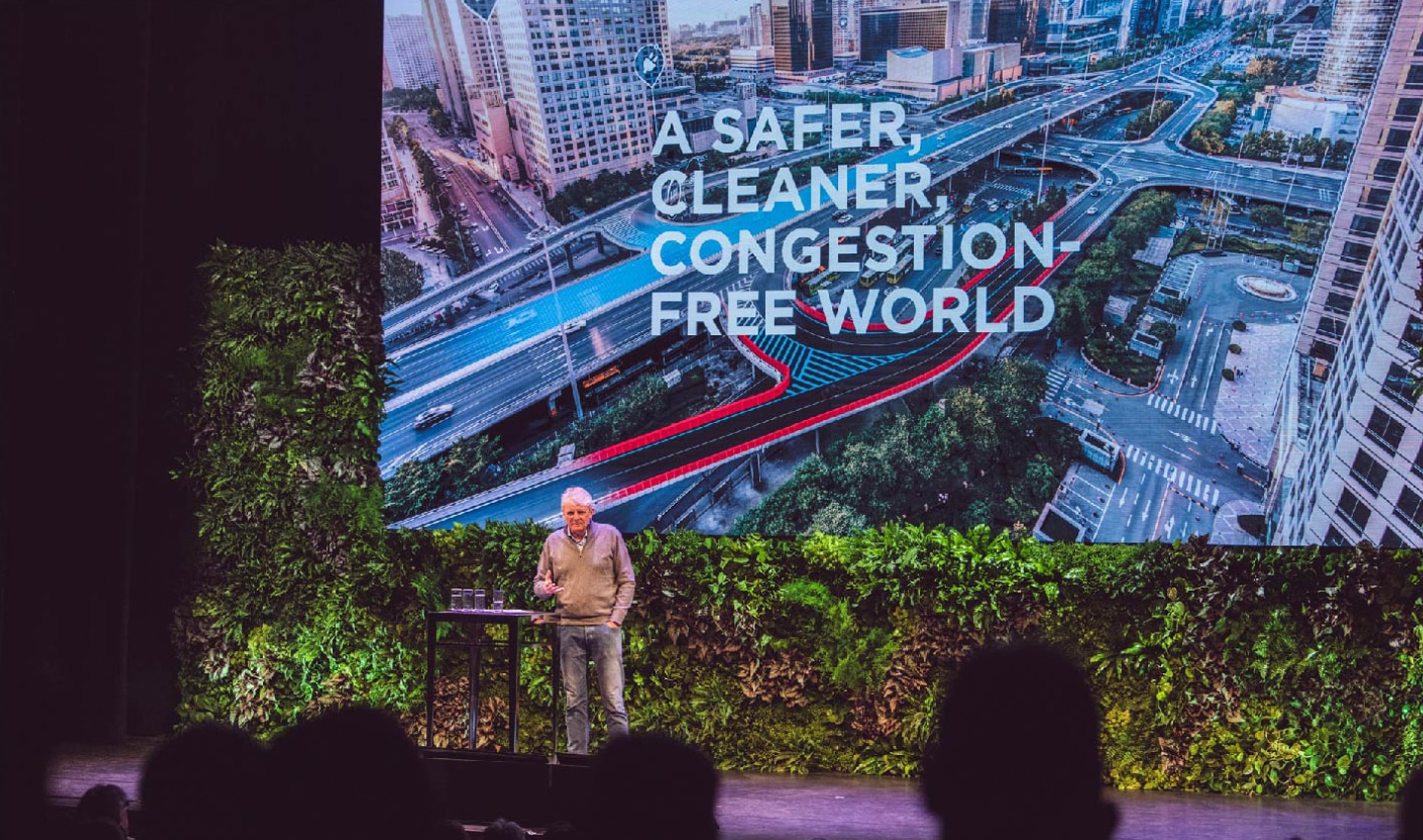 Seeing the power of TomTom’s technology, the company is now focused on making the world’s roads safer, cleaner, and congestion free.

With such impact, it seems the time is right for Goddijn to be recognized by the Automotive Hall of Fame and for his name to be placed alongside other pioneers of the industry.


“It’s a real honor to get this award,” he says smiling. “Getting the recognition from my friends and peers in the industry that we do something that is changing so many lives, is a very unique moment.”


Even with the prestigious award, Goddijn is quick to point out that he didn’t do it alone and he sees it not just as an award for himself but for everyone that’s played a part in TomTom along the way, including its valued customers.


“It is for what we have done as a company, together with my co-founders, my wife, my close team, and all our amazing TT colleagues from around the world,” he says.


“I would also like to thank the millions of car drivers, our location technology customers, and everyone else that puts their trust in us at TomTom to guide them safely to their destination.”

Harold Goddijn reflects on TomTom's journey, and looks ahead to what the future of mobility could have in store.
Along with our customers and partners, we’re creating a world that moves better together. If you’re interested in helping us shape the future of mobility, get in touch with TomTom today to see how we can drive innovation forward.
Get in touch 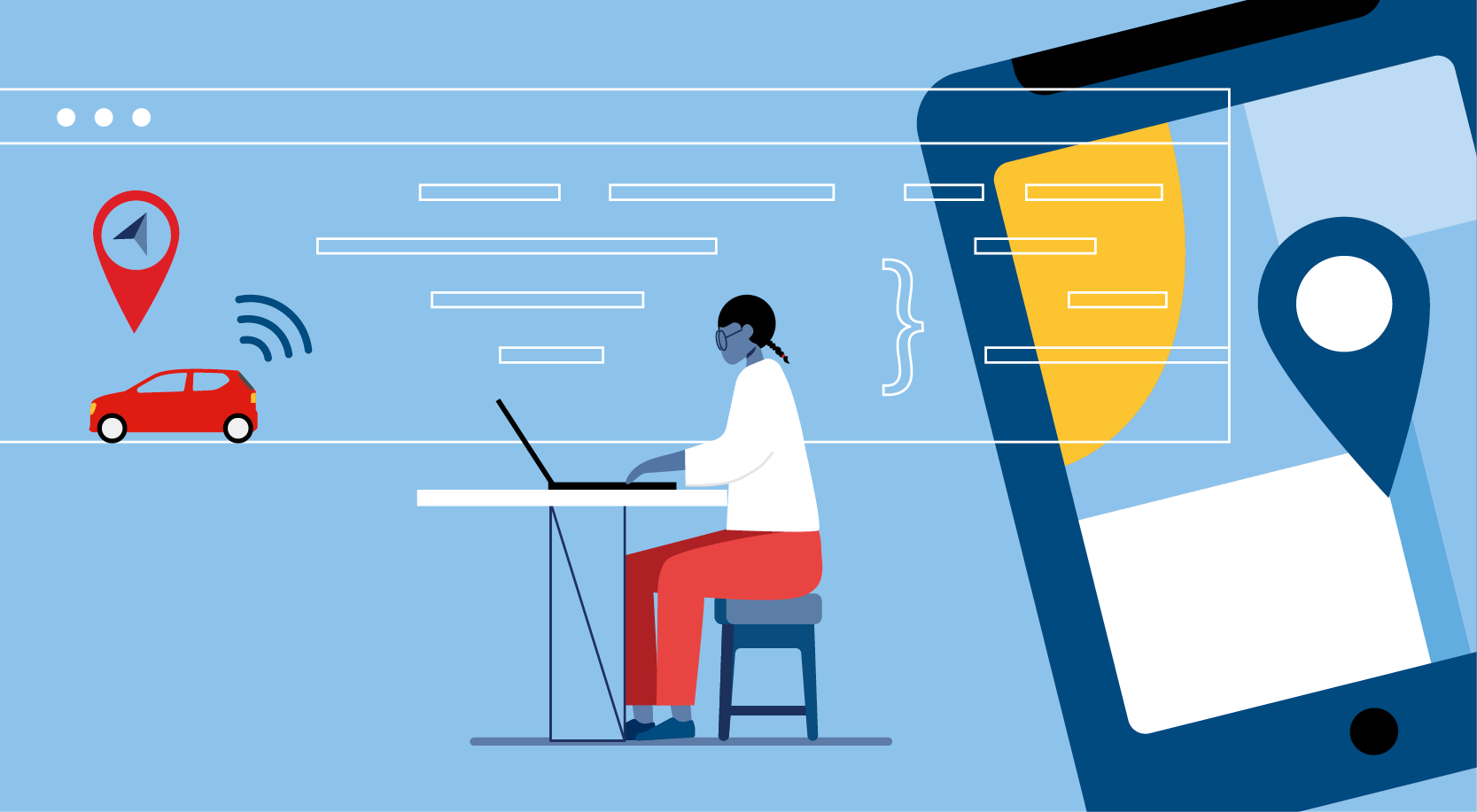