How location data can help emergency responders get to incidents quicker and save more lives
Kenneth Clay·Apr 25, 2022
Next post
Connected cars are creating a costly data problem, this company thinks it has a solution
Partner stories 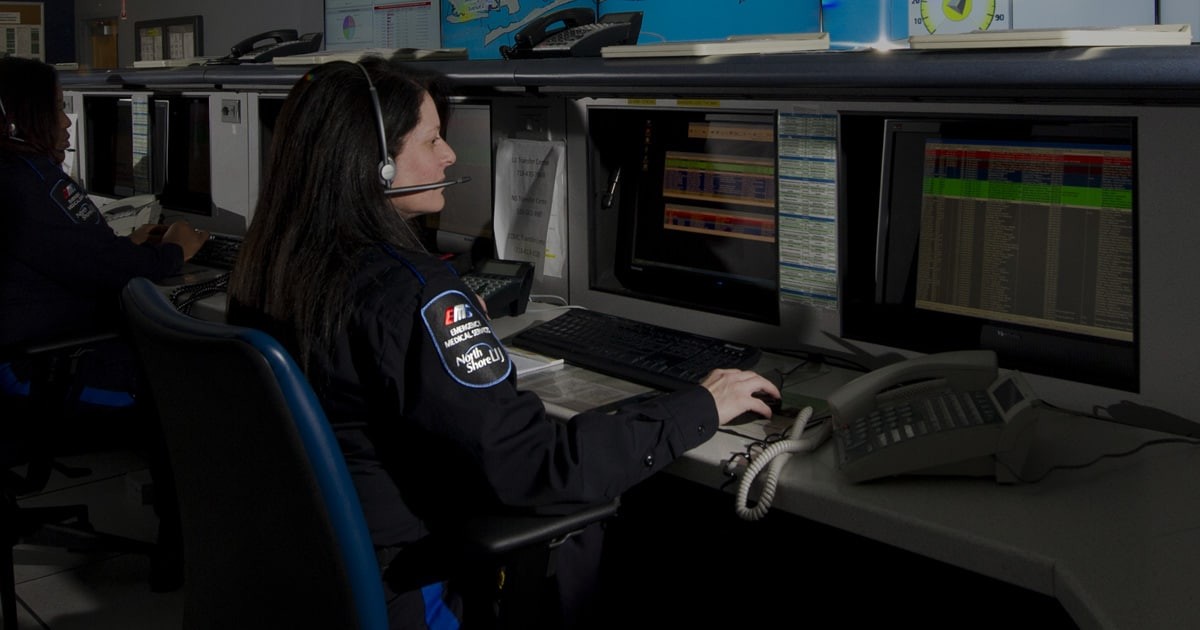 In the world of public safety and emergency response, every second matters when it comes to saving lives. Having ready access to fire and ambulance services is vital to this mission. The challenge of traffic and negotiating congestion to get to the scene of an emergency is ever present. But with ever-rising costs and continued budget cuts, there’s the additional problem that not every agency can afford the additional fire stations, safety vehicles and emergency personnel needed to quickly get to the scene of incidents all over town.

Bradshaw Consulting Services has a solution, though. The company says its MARVLIS suite of products can help quicken emergency response times.

One of Bradshaw’s tools, MARVLIS Demand Monitor, uses location data to accurately predict the location of upcoming emergency calls. This increases the overall effectiveness of emergency services by providing them a map of the areas with the highest probability of calls, specific to their area, for the current time and season of the year. This allows public services to position emergency responders closer to the expected sites of emergencies before they’ve even happened. And of course, it’s TomTom maps and traffic data powering Bradshaw’s life-saving tools.

Minutes matter when it comes to saving lives

It goes without saying, when it comes to saving lives, every minute matters. It takes only 15 minutes from the onset of heart attack symptoms for a high risk of heart muscle damage to develop. In the case of cardiac arrest, the window is even shorter – It takes only 3-4 minutes for brain injury to occur due to lack of blood flow to the entire brain, and the damage gets progressively worse with every second that passes. If blood flow isn't restored quickly, a cardiac emergency can cause permanent damage or death.

That’s why the ability of emergency services personnel to quickly get to the patient is critical. In the United States, Emergency Medical Services (EMS) calls, where the 9-1-1 call taker establishes the patient condition is both “urgent” and “potentially life-threatening”, require a first responder and a paramedic.

While there are no specifically agreed upon time standards in the US, many large urban areas target 8 minutes for arrival in 90 percent of cases, with more rural areas allowing slightly longer responses. For medical services operating within fire agencies, the National Fire Protection Association (NFPA) requires first responder arrival within 5 minutes and "the arrival of an ALS unit at an emergency medical incident" within 9 minutes, 90% of the time.

Public safety agencies strive to comply with these response time goals. Yet, we live in a world where budgetary constraints limit an agency’s ability to approve the building of an adequate number of fire stations, to order more fire and EMS vehicles and to hire more emergency personnel. As an alternative, public safety officials have turned to a dynamic model.Emergency service vehicles and staff are deployed, or “posted” throughout the service area, so they can better respond to the situation when it does happen. Proper deployment is based on a predictive model. Using TomTom’s geolocation data, emergency services can gain more insight into their local area and better serve emergency call-outs by predicting where the next call will come from.

Public safety agencies have turned to the MARVLIS product suite to help predict demand and plan where to post emergency services most effectively. MARVLIS also recommends which units to send and plans their route based on traffic estimates. So far, results have been stunningly successful.

The power of this approach was demonstrated in Charlotte, North Carolina, one day in June. Based on guidance from MARVLIS and TomTom data, the local EMS personnel made the counter-intuitive move of reposting one of their emergency vehicles/staff from an urban post to a rural area. Logic would suggest that surely it would be better to position emergency responders closest to the highest density of people, but that’s not always the case.

Ten minutes after redeploying the vehicle and its operators, the drowning of a 9-year-old boy was reported in the area. EMS got to the scene in just two and a half minutes and resuscitated the boy. Had they not been reposted, response time would have been around 21 minutes, and could have resulted in dire results for the boy.

In Jersey City, New Jersey, since adopting MARVLIS and TomTom data, ambulance arrival times have improved by two minutes. This has doubled the city’s return of spontaneous circulation (ROSC) rate (aka heart being revived). Cardiac revival response improved from 20% to 50% thanks to Bradshaw and TomTom’s collaboration with the agency.

While saving lives, Bradshaw’s tools can also help save money. Sunstar EMS, Pinellas County, Florida, had been fined $400K for poor emergency response times. Since adopting MARVLIS, those fines have since been eliminated, with more than 90% of all calls meeting response time goals.

In Lexington County, South Carolina – the EMS agency had been seeing an 8-9% growth in emergency calls per year. They realized they needed more fire stations, emergency vehicles and staff, but county officials were constrained by their budget.

Instead, they implemented a solution using MARVLIS and TomTom data. In doing so, they were able to make more informed choices about where to position emergency responders and handle the influx of calls with existing assets and staff. The EMS agency estimates a cost savings to the county of $8M-16M over 4 years.

But how does it all work?

The MARVLIS product suite from Bradshaw is comprised of a few different tools. The MARVLIS Deployment Planner automatically builds an accurate and efficient plan to better deploy resources for reduced response times and better service to the community. Deployment Monitor is a real-time analysis tool for the dispatch center that combines demand data, Automatic Vehicle Localization (AVL), Computer Aided Dispatch (CAD) information, traffic congestion and vehicle status to provide a complete overview of the effectiveness of resource deployment. Lastly, MARVLIS Demand Monitor analyzes call demand within a jurisdiction and accurately predicts the location of upcoming calls.

The MARVLIS product suite relies on TomTom data to optimize routing for fire and EMS by providing highly accurate estimated time of arrival (ETA) metrics. ETAs using TomTom are within 30 seconds from the time the wheels hit the destination, compared to one to two minutes for the competition. The service area around each vehicle is also calculated by using the TomTom data while the vehicle is moving, offering a dynamic view of coverage distance from the vehicle for the required response time. Finally, TomTom real-time traffic data is used to route emergency vehicles around traffic incidents, saving precious minutes in arrival time.

“We’re a unique provider of technology to improve the logistical operations of public safety agencies”, states Tony Bradshaw, President of Bradshaw. “TomTom has been incredibly easy for us to work with as a partner, and we consistently rely on the quality and currency of their data. Simply put, TomTom makes our tools work the way they are supposed to.” 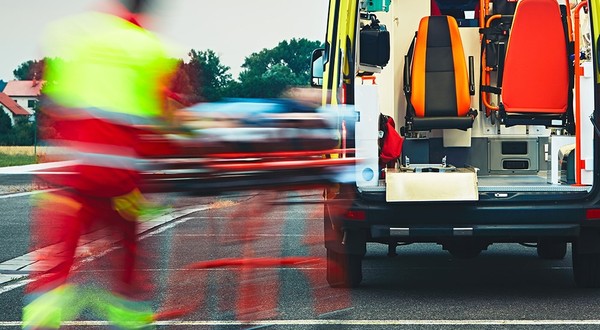 At TomTom, we are partnering with ADCi and Code 3 Consulting to ensure equal access for all emergency service providers, regardless of size or location.
Jan 03, 2020·4 mins read 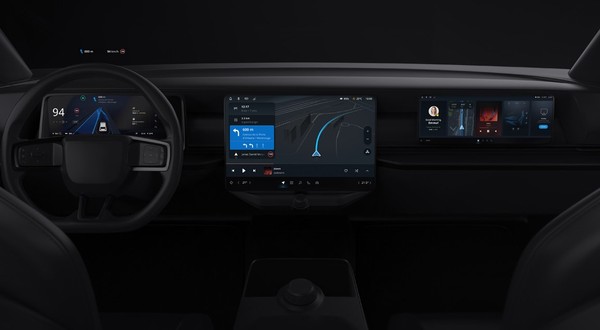 People living in India rely on mass transit to get around. But for those that live outside the 3 major Indian cities, mass transit options are limited to buses, which are inefficient.
Nov 11, 2021·4 mins read 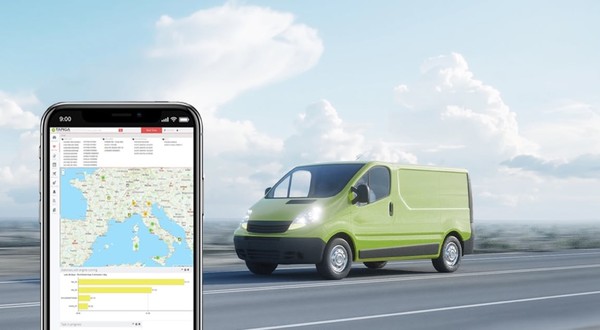 Italy ranks fourth in the world in car thefts with 231 cases per 100,000 people. This is particularly concerning to fleet and mobility companies. Investment in their assets is significant, so knowing their location is critical to business success. Targa Telematics, one of the largest European asset and fleet management solution providers, uses TomTom location technology for asset tracking and telematic services, such as stolen vehicle recovery and crash reports.
Jun 10, 2021·5 mins read
People also read
Never miss a story
Get the latest news from TomTom in your inbox.