What is adaptive cruise control and how does it work?
Kris Kobylinski·Nov 28, 2019
Next post
UX design: The unsung hero of great EV experiences
Explainers and insights Adaptive cruise control (ACC) is an active safety system that automatically controls the acceleration and braking of a vehicle. It is activated through a button on the steering wheel and cancelled by driver’s braking and/or another button.

Even the biggest car enthusiasts have journeys they wish to be chauffeured through, or at least supported in a way that makes them relax behind the wheel after a long and stressful day. If, while doing so, their driving experience becomes safer and more thrilling while saving on fuel, even better. This, at its core, is the main reason behind cruise control technology. While already two decades old, cruise control adoption continues to grow and support drivers during more and more stages of their journeys. By monitoring other vehicles and objects on the road, adaptive cruise control enables a safe and comfortable driving experience. It does so by helping the driver keep a steady vehicle speed at a given moment. The driver can set their preference regarding certain factors, such as the distance to the car in front, driving mode – for example, economical, sporty or comfortable – and others. Together with information about speed limits, road curvature, accidents data and more, these choices influence the automatically selected speed.

Cruise control has come a long way from its early days in its quest to assist drivers on the road. When first introduced, it was only found in luxury car models due to its high production cost. As less expensive sensors reached the market, adaptive cruise control is steadily becoming a standard feature in new vehicles today.

The origins of normal cruise control go back to 1948, when Ralph Teetor invented the speedostat. Having greatly improved since, its focus on throttle control is still central to automation today. One example is automatically pressing the acceleration pedal, which enables drivers to take their foot off the pedal for a few moments when they are on a motorway with low traffic. The need to remain vigilant remains, so they can brake whenever required.

In the late 1990s, several carmakers started introducing a new generation of cruise control: adaptive cruise control. This technology relies on front radar to address the biggest limitation traditional cruise control had: the ability to correctly appreciate the speed of the vehicle in front.

This improvement significantly expanded the continuous operation time of the cruise control function, as automation allowed to control both the acceleration and braking of a vehicle. This allowed the driver to travel for longer distances with their feet off the pedal, even in moderate traffic situations on the motorway. Of course, the need for them to pay attention to the road ahead remained, as cars in front could still brake or suddenly cut in.

As drivers are getting more and more comfortable with using ACC while driving, the expectation for an even longer duration of continuous operation time for the system is rising. In turn, this puts pressure for it to be further improved. As new enhancements are made, the market is shifting to a new standard in ACC, called intelligent cruise control. What use cases are supported by modern adaptive cruise control?

The latest intelligent cruise control systems aim to tackle the entire journey, offloading the driver’s tasks whenever possible. Here are some of the most interesting use cases: Intelligent cruise control use cases rely on data beyond sensors. The TomTom ADAS Map is designed for this purpose, providing a range of attributes that power modern ADAS systems.

Since it needs to meet the highest of expectations in terms of correctness as well as being up to date, the quality of map data is of utmost importance. This way, it can confidently fulfill ADAS use cases.

Around the world today, over one million SAE Level 1 and Level 2 automated vehicles use the TomTom ADAS Map – both private and commercial. Having doubled in less than one year, this number is bound to rise in the future. 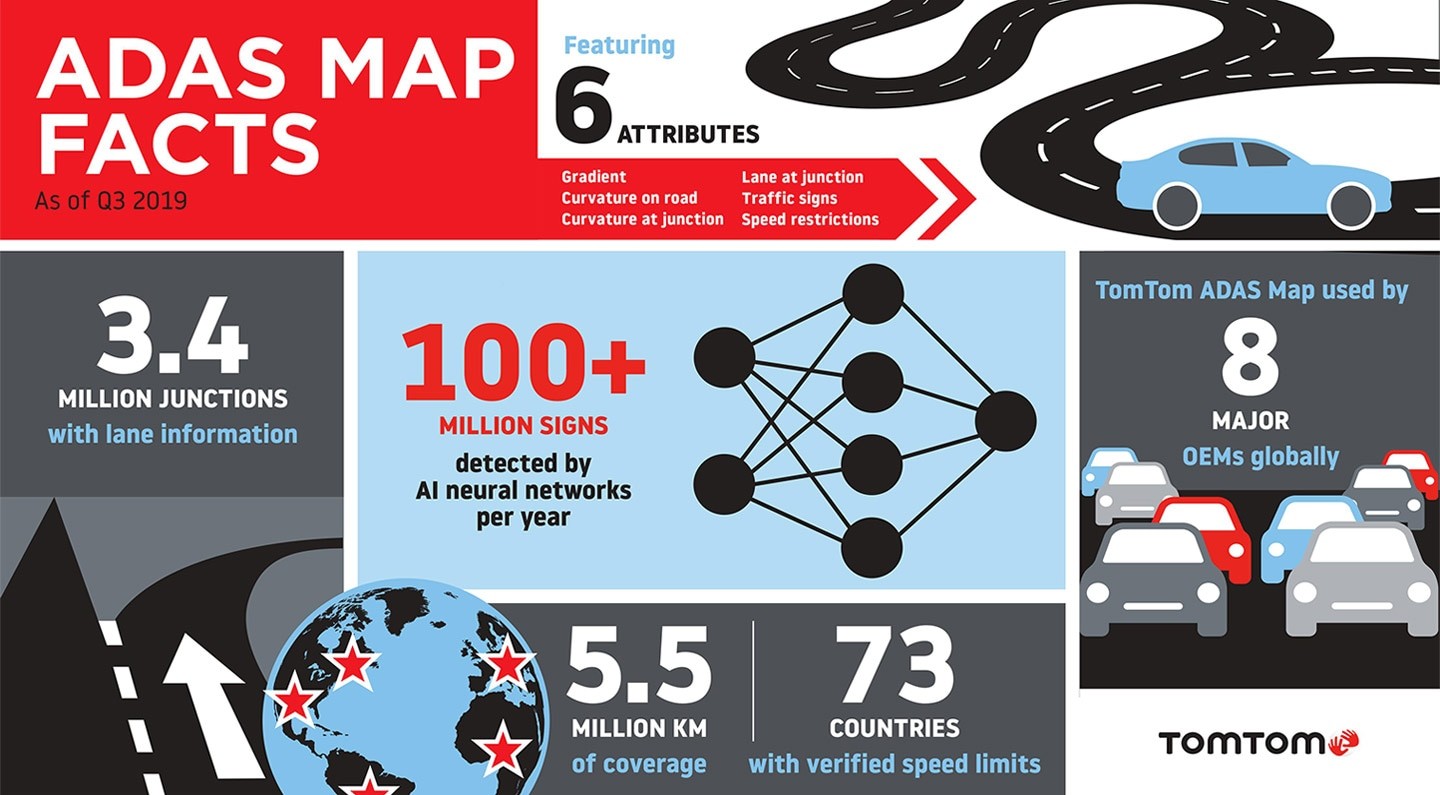 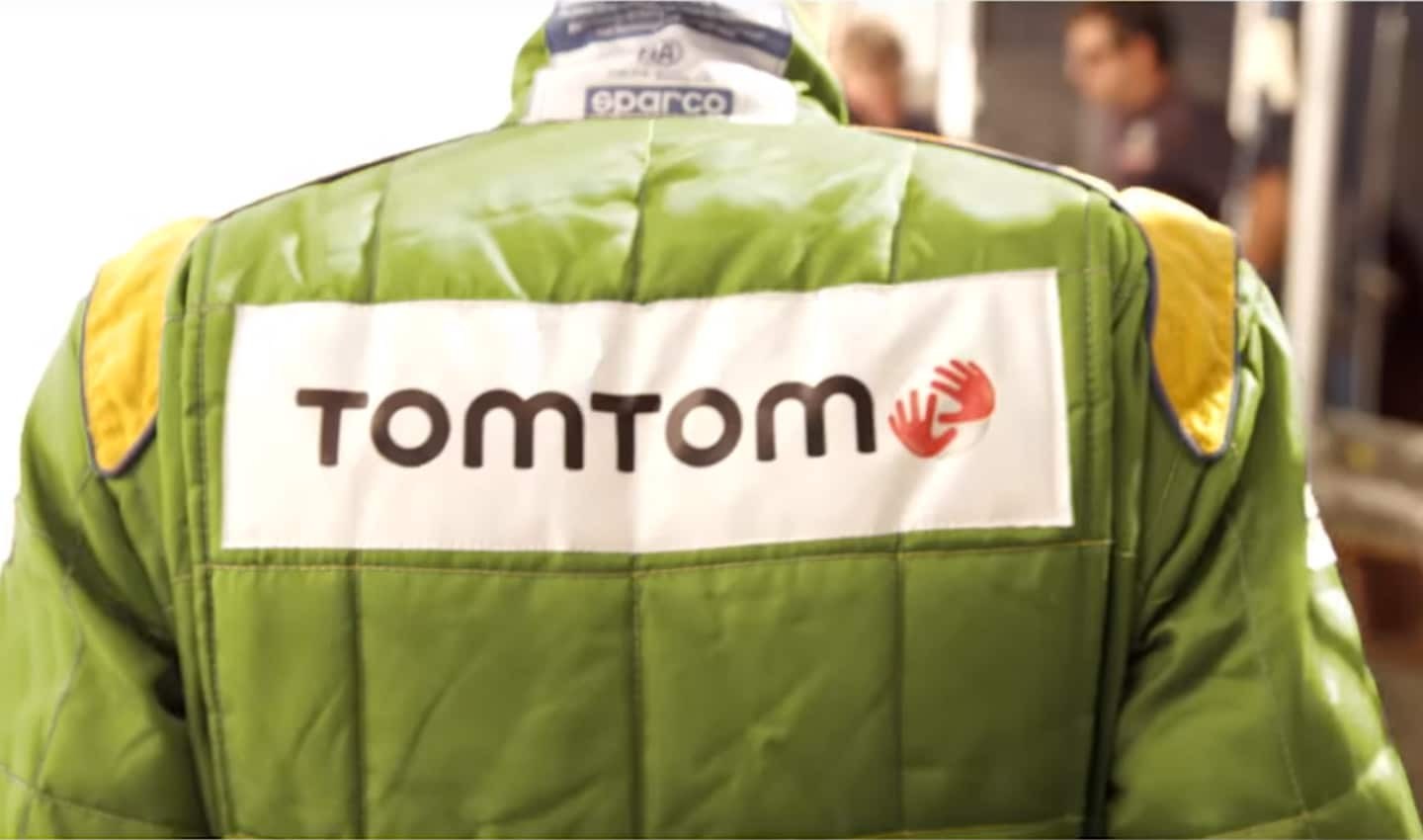 The benefits of adaptive cruise control make it a worthwhile technology to continue investing in. It provides longitudinal control of a vehicle, such as acceleration and braking. Increasingly, it can be combined with steering assist technology like lane centering for automated lane changes. The longitudinal and lateral control systems working together leads to autonomous driving, the next mobility revolution, which is expected to evolve rapidly over the next decade.

TomTom creates technologies for a moving world that supports all levels of autonomous driving. To learn more about how the ADAS Map is already powering automated vehicles on the road today, download the product sheet. 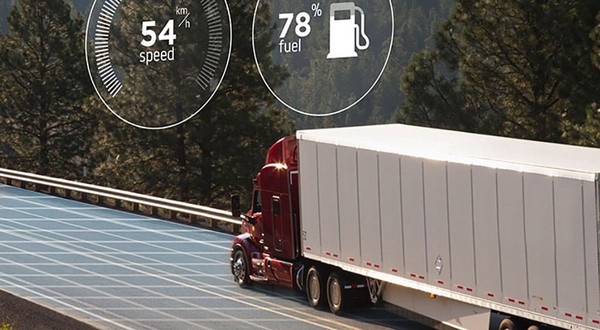 Professional truck drivers have a demanding job. Not only do they need to drive a fully loaded truck for the better part of the day, but they must do so as quickly and efficiently as possible while keeping themselves and their cargo safe on the road.
Nov 11, 2019·3 mins read 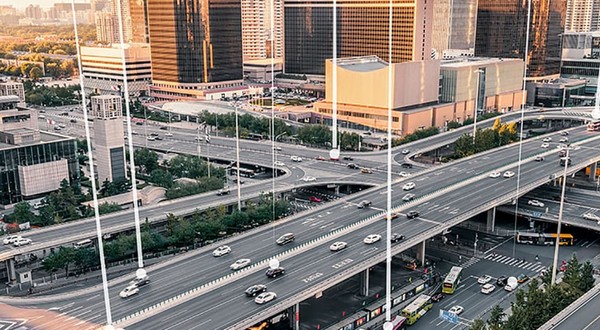 The future of mobility is connected

We live in a fast-moving world where technology moves at an exponential pace. As consumers and businesses, we have two choices: either to be silent observers of these changes or use them for our benefit. For the mobility industry, this change is called the connected car.
Nov 14, 2019·7 mins read 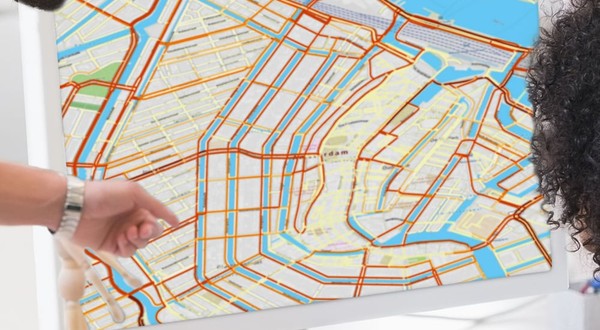 Measuring road traffic density: what you need to know

In today’s connected and competitive world, innovation is a prerequisite to business success. A tall order, that businesses worldwide strive to meet so that they get to live another day.
Oct 22, 2019·3 mins read
People also read
Never miss a story
Get the latest news from TomTom in your inbox.