Imagine living in Cape Town, South Africa. Dew clings to your car as you make your way through the city center on your morning commute. As your view rotates around the gaze of Mandela’s portrait on the Cape Town civic center, your satnav device directs you past the unfinished section of the highway. As you drive around it, seeing how easy it would be to get the turning wrong, you ask yourself a question you've asked yourself a thousand times before: are they ever going to finish that?

The bad news, considering it's been sitting there since the 1960s, is it doesn't seem likely to happen any time soon. The good news, is everything will be ayoba (South African slang for all good) and you won’t have to worry about taking a frightening drop thanks to a well-minded company that updates and maintains maps in Africa. The Foreshore Freeway Bridge: an unfinished off ramp in Cape Town, South Africa. This particular piece of road is notorious among the locals and a well-known landmark for having stood unfinished for over 50 years. Credt: Wikimedia, CC.

The ins and outs of MapIT

MapIT has been in the business of digital mapping for more than a decade, delivering highly detailed and accurate geolocation data to help people all over the globe navigate their world smoothly.

As Jonathan Houston, the company’s Commercial General Manager, explains: “We provide our customers with a level of comfort that whatever we're routing for you, whenever we're planning for you, and the roads that we're telling you to go on are the best roads in existence and are going to be the ones that get you to your destination safely.”

In other words, MapIT makes sure that you don’t accidentally take an unfinished off-ramp.

Location data is at the core of what MapIT does. Its maps cover 72+ million kilometers of roads worldwide, with extensive coverage of Africa. On top of this, the company offers advanced location intelligence to provide a deeper understanding of customers, target markets and geographical sites.

One potential application is combining location data with demographic information to better understand how people move in specific areas. A retailer, for example, could use that intelligence to see how many and what kind of customers frequent different locations. It could then harness these insights to determine the best spot to open a new store, one that allows it to best serve its customers and maximize business.

Partnerships and the human touch of mapmaking

More recently, MapIT has been able to make an even bigger impact with its location expertise. In 2017, the company joined TomTom’s Map Editing Program, now known as Community and Partnerships. It also marked the start of a new chapter for both MapIT and TomTom.

Jonathan Houston elaborates: “The partnership started five years ago when MapIT bought out TomTom Africa. At that stage, TomTom Africa was primed for the next wave of growth. The things that we saw in the business were the quality and the availability of the data and the ability it gave us to provide an African-led global solution.”

MapIT’s journey with TomTom Community and Partnerships began with training projects, which resulted in a lot of learning for both companies. A key part of that process involved getting MapIT up to speed on using Vertex, a visual map editing tool. (Get more details about Vertex and how it works in our blog on collaborative map editing). TomTom's Vertex map editor is simple and easy to use. So easy in fact, anyone can use it.

The collaboration helped to solve an especially important problem: map matching speed limits for highway on-ramps. It all started when MapIT noticed that one of their truck navigation solutions was having trouble regulating the speed limit when vehicles entered highway on-ramps.

In Africa, where there are many unfinished on and off ramps, being misrouted could have potentially disastrous effects.

MapIT brought up the issue in a training session and TomTom was able to tailor the map editing training to provide the specific insights that MapIT needed to perfect the map. The team was then able to carry over this knowledge and ability into their own improvement projects relating to on-ramp speed limits in truck navigation systems.

During the training, MapIT was also able to bring its on-the-ground experience to make valuable improvements to the TomTom map. The Foreshore Freeway Bridge at night. It was intended to be part of the Eastern Boulevard Highway. Its construction ended abruptly, which has sparked many theories as to what happened. Credit: Wikimedia, CC

David Salmon, Senior Project Manager at TomTom, gives another example: “There was some new highway construction in Windhoek, Namibia. Certain parts of the road were registered as open on the map, but in reality, it was new construction for subdivisions and new housing. So, we created projects for sourcing operations to follow up on the highway construction, then we went ahead and added in the missing roads in the new subdivisions that we detected as well.”

MapIT has put that training to good use, steadily adding more changes to TomTom’s map. In their first month of using the platform, a single editor from MapIT made 21 map edits. By month two, MapIT had added 116 map edits from multiple editors and their contributions have continued to rise dramatically ever since.

What it takes to map the world

Creating a map may seem simple – in reality, it’s anything but. While anyone can clarify what a road or a certain point is on a map, making it as close to real-time as possible is an entirely different story.

This is even more complicated when it comes to mapping out vastly different locations within a large continent, like Africa. There are super-developed cities such as Johannesburg, Cape Town, and Nairobi, but then there are areas where roads are more of a suggestion than anything else.

This is precisely why partnerships with companies like MapIT are crucial to the state of global mapping.

TomTom’s map editing partners know their local areas inside-out, and they’re able to use that knowledge to proactively update the map with changes as they’re needed. It means that if that highway ramp construction in Cape Town ever starts back up again, for instance, it will be captured on the map. Likewise, as more new roads open and others are closed across the continent, MapIT will be there to help TomTom ensure those changes make it onto the map as fast as possible. Compare TomTom's current map with its new map. Bear in mind the new map isn't quite finished yet, and it's already showing much more detail. Look at the green space, the intricate road detailing and infrastructure.

Christopher Pankhurst, Operations Manager at TomTom, encapsulates the relationship between MapIT and TomTom perfectly: “It [collaborative mapmaking] takes expertise in mapmaking and understanding the map, but at the same time, it also takes highly intelligent individuals who are never satisfied with the status quo. And are always looking to do something smarter, better, faster.” 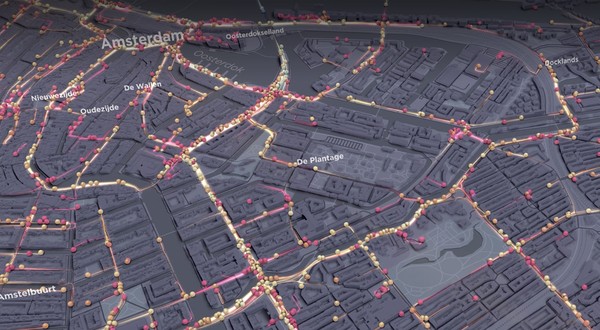 Super sources will power the 'smartest map on the planet.' But what are they?

Earlier this month, TomTom lifted the lid on its game-changing approach to build a new mapping and geolocation data ecosystem, the TomTom Maps Platform. Data will be key to its success, and while the company already has more than 30 years’ worth of global location data, it’s not resting on its laurels. The Dutch mapmaker is instead taking data sourcing to new heights with what it calls “super sources.” But what are they?
Nov 09, 2022·15 mins read 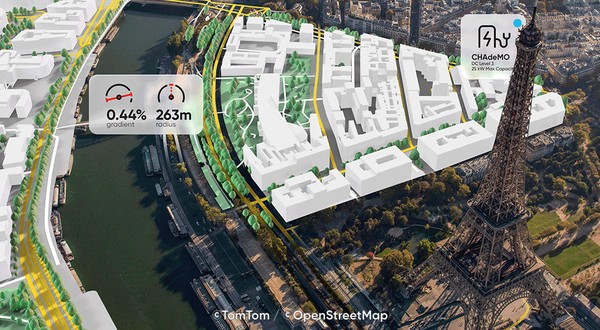 Today, at its investor meeting, TomTom made one of the most significant announcements in its 30-year history. The geolocation tech specialist and mapmaking company is launching a new map, mapping platform and ecosystem, which the company is collectively calling the TomTom Maps Platform. TomTom says it will set a new standard for mapmaking, one designed to support a future of innovative location-based tech and will lay the foundation for industry-wide open collaboration.
Nov 02, 2022·11 mins read
People also read
Never miss a story
Get the latest news from TomTom in your inbox.