The latest: What you need to know about intelligent speed assistant regulations
Matthew Beedham·Sep 27, 2021
Next post
Why is location data so valuable? Left turns only, nuclear verdicts and bottom-line efficiency
Explainers and insights

The latest: What you need to know about intelligent speed assistant regulations Next year’s intelligent speed assistance (ISA) technology could be enacted in a matter of months. Announced in 2019, the European Commission has been discussing the details and is now looking to officially ratify the legislation before the end of the year. It stands to be one of the most significant changes to vehicle safety we’ve ever seen.

In the past few weeks, due to ongoing discussions between lawmakers and carmakers, ISA legislation has hit a bit of a sticking point.

Originally slated for approval in September 2021, legislators are now expected to pass the regulations by the end of October. In the grand scheme of things, this is nothing more than a minor bureaucratic hold up. We shouldn’t expect any changes to the legislation – carmakers will have to fit ISA to new cars from July 2022, and all registrations from July 2024.

Intelligent speed assistance, or ISA for short, addresses a very simple problem: speed limit compliance. Through a series of technologies, which make the driver aware of the speed limit and when they’re exceeding it, it’s hoped that drivers will obey the rules of the road to make them a safer place.

Research into the impact of speed limits and associated safety tech is unanimous in that it will serve to make roads safer.

The Society of Automotive Engineers (SAE) cites that when ISA is used alongside other active safety features collisions could be reduced by 30%.

Thatcham Research, a UK-based automotive safety testing body, says that 15% of all road fatalities are related to excessive speeding. Other research has shown that setting considered speed limits is crucial to maintaining road safety.

Indeed, for speed limits to have a positive impact on road safety, they must be followed.

That’s not to say drivers intentionally flout the rules of the road and drive faster than is safe to do so. In some cases, signage is unclear so it’s not always clear what the speed limit is. Sometimes our concentration wanes and we slowly creep over the speed limit without realizing. And, after driving for many hours at high speed, our perception of speed changes so when we leave the highway and head into town, we can think we’re going slower than we are.

In the never-ending pursuit of making the roads safer, it’s clear that there’s an opportunity to improve how we follow the speed limits and manage how fast we drive. ISA is addressing that opportunity.

Put simply, intelligent speed assistance regulations are set of laws that require new vehicles to implement technology which actively monitors how fast the car is driving in reference to the road’s speed limit and warn the driver or restrict the car’s speed if they exceed the limit. ISA is the technology that enables this to happen.

ISA systems will take a known source of the road’s speed limit (like sign recognition information or ADAS map data) and relay that to the vehicle’s display for the driver. That information is also relayed to the ECUs that take care of the car’s speed, to set a soft speed limiter and prevent the driver from accidentally exceeding the limit.

What does that mean for drivers?

While this speed limiting tech might sound like a way for the government to install itself in our vehicles, that’s an exaggeration. It’s not a totalitarian system, the driver is still in total control.

When the speed limit is reached, the driver will be able to exceed the speed by pushing through the accelerator to override the system. They can also choose not to enable it entirely, although their digital cockpit dashboard will still display what the speed limit is for the road they’re on.

The system stands to serve as a useful assistant that helps drivers remain conscious of how fast they’re travelling and stop those momentary lapses of concentration which lead to breaking the speed limit when it’s not intended.

What does that mean for carmakers?

From summer 2022, new vehicles will need to comply with the regulations. From 2024, all registrations must comply.

This means that any new vehicles being launched after 2022 will have the speed limiting and awareness tech. However, old model types have until 2024 to become compliant.

When ISA was announced, there was some concern over how it would be implemented. Some thought that the tech would put a strangle hold on our accelerator pedals and that it was a sign that governments were surreptitiously sliding into our cockpits to take control over how we drive.

As we’ve seen, that’s not the reality.

Drivers will still be in complete control of their vehicles but will now have the additional support and guidance of a system that can tell them the speed limit with over 90% accuracy. It will be easier than ever before for drivers to ensure they never unknowingly and dangerously exceed the speed limit. 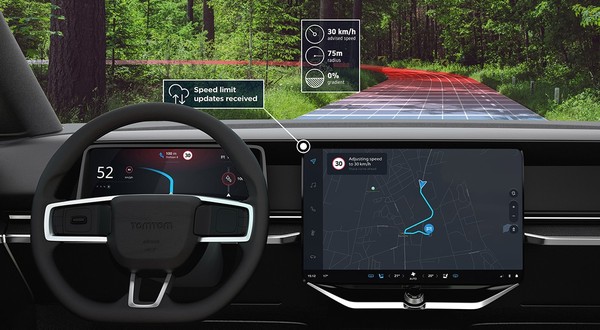 Intelligent speed assistance systems are coming, next we need drivers to use them

In just one year we’ll have new European legislation that requires carmakers to fit technology to their vehicles that warns drivers if they’re breaking the speed limit. The technology, called ISA (Intelligent Speed Assistance), will even prevent drivers from exceeding the speed limit. But that’ll only happen if drivers choose to use the tech.
Jul 09, 2021·3 mins read 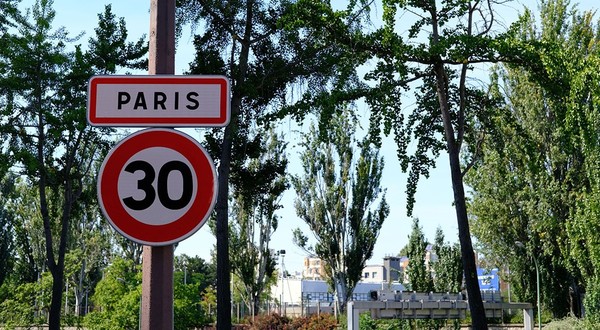 Reducing speed limits: The next big move for road safety

In the past month, Paris’ Mayor Anne Hidalgo gave the go-ahead to completely reduce the city’s speed limit from 50 kph (31 mph) to 30 kph (18 mph). With most Parisians in favor of the change, it suggests that speed limit reductions could be the next transport policy to sweep the world’s roads.
Sep 14, 2021·5 mins read
People also read
Never miss a story
Get the latest news from TomTom in your inbox.