3 things we learned at IAA Mobility Munich this year

Last week saw the International Motor Show (IAA) in Munich, Germany take place. It’s one of the first major in-person motor shows to go ahead since the coronavirus pandemic took hold last year. While the pandemic led to the cancellation of many motor shows, some of which will never return, those that remain aren’t the archetypal car focused displays they once were. Here’s what we learned at this year’s IAA in Munich.

Everyone is still focused on autonomous driving and autonomy

Even though regulators and traffic safety bodies are casting a more watchful eye over autonomous driving technologies, there is still plenty of discussion on this topic at IAA, especially from OEM suppliers.


Not only did the even’s panel roster include talks specifically on the topic featuring prominent figures from industry, but there was also plenty of talk about autonomous driving from vehicle component suppliers. 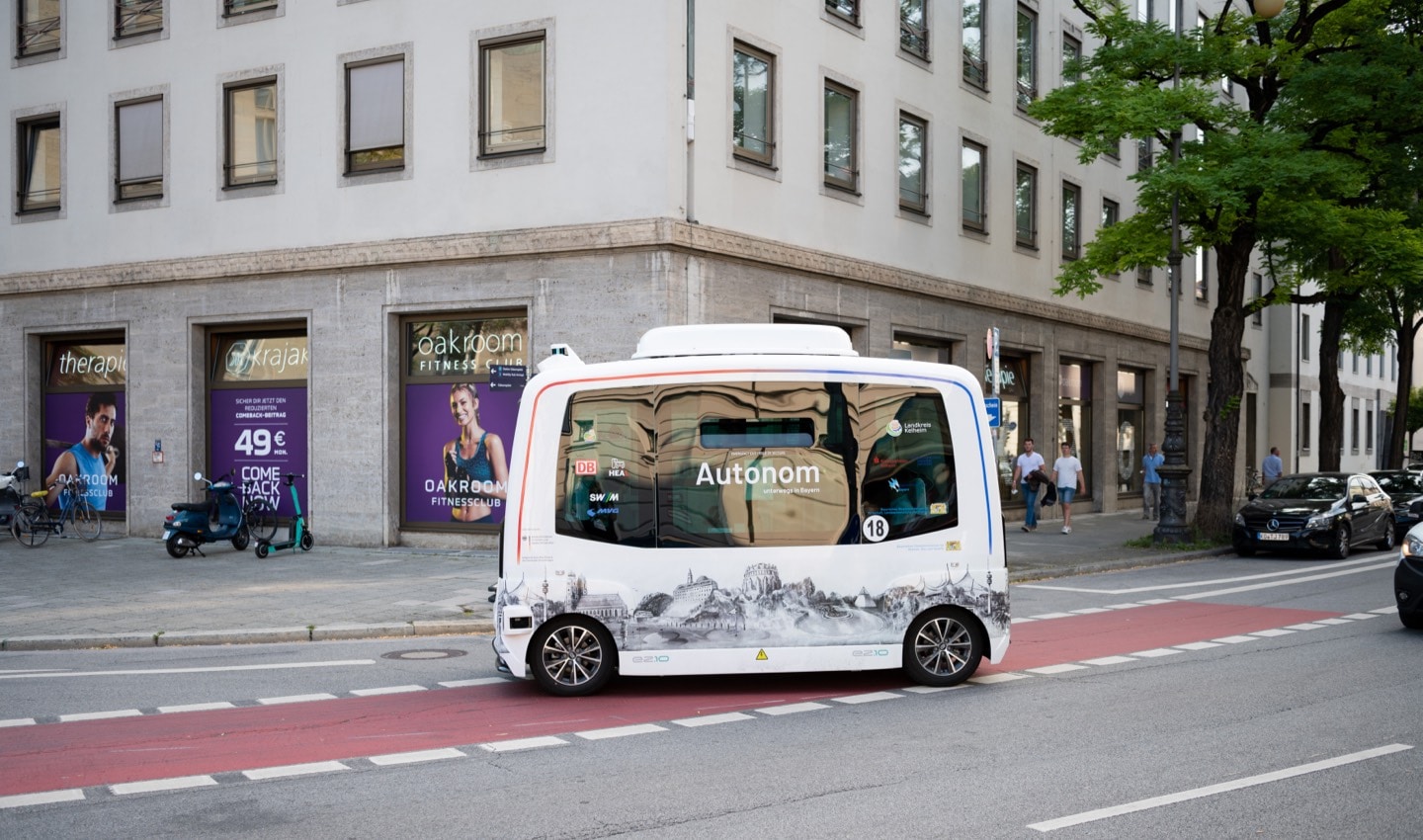 The IAA had its own autonomous shuttle bus driving through Munich during the event.

While there’s still debate over what sensors are required to delivery high levels of autonomous driving, there’s no let up from suppliers to provide as many options as possible. Even though some car makers are betting on setups that only use cameras, that’s not a universal trend. LiDAR, radarand ultrasonic sensors are still very much on the scene.


What’s more, robotaxi test services that will take to the streets of Germany were announced, whether they will be successful remains to be seen. Siemens announced an autonomous charging system for electric cars. VW and Argo AI also showed off its ID Buzz self-driving commercial vehicle, which is already being tested.


Importantly though, much of this talk was rooted in visions of the future. While hardware might be physical, the reality of true autonomous driving, remains elusive.

There’s a lot of talk about electric vehicles, but combustion engines are far from dead

With many governments in the developed world looking to ban the sale of new petrol and diesel-powered vehicles in the next decade there is increasing demand for electric vehicles.


Indeed, this was reflected at IAA and subsequently in the media that covered the event. BMW’s circular concept car was unveiled and gained a significant amount of attention. As did ACM’s swappable battery urban microcar, the City One. Renault also talked about its dream for an electric future, unveiling its Megane E-Tech, and its R5 prototype.


Most of Top Gear’s top 11 must know about cars from IAA are electrically powered too. Bloomberg Hyperdrive’s coverage of the event also focused predominantly on the electrified vehicles on show in Munich.


Given how the world is transitioning to zero emission vehicles, with many governments banning the sale of new gasoline vehicles in the next decade, an electric automotive future is inevitable. The reality, however, is that electric vehicles as the norm is still firmly “a thing” the future.


As Sarah Schweiger, TomTom’s PR manager for Germany tells me, “there is a lot of talk about EVs, but car makers are still pushing combustion engines.”


“Overall, you see more statements of intent than reality.”


Indeed, we shouldn’t be too surprised. This is a motor show after all, and these events have always been the places where car companies show off their vision, their belief of the future, and their intent.


Sadly, it’s going to take time and a lot of effort to transition fully to zero tailpipe emission vehicles. The big positive to come out of IAA, however, is that affordability is a growing theme for the EV world.


VW unveiled its ID.Life concept, a more affordable electric car designed to do everything we need a car to do without excess. It’s slated for sale in 2025 and will cost around $25,000. While that is quite a bit cheaper than the crop of current EVs, it’s twice what the cheapest cars start from. It’s a step in the right direction, but to bring EVs to the masses more still needs to be done.

VW unveiled its ID.Life electric vehicle concept. It’ll go on sale in 2025 and bring a new level of affordability to EVs.


The show is transforming, it’s no longer just about cars

The IAA was once known as the Frankfurt International Motor Show and it was all about cars, and vehicles with four or more wheels. However, since the pandemic and its move to Munich, it has also rebranded and taken on a new name and form. Now called, IAA Mobility, the focus is not so much on four wheels, but anything that can move people, including bicycles, scooters and electric mopeds.


As Jack Ewing of The New York Times writes, there were all the regular bicycle brands that two-wheeled fans would expect, like Cannondale, Canyon, QWIC, and Riese and Muller. 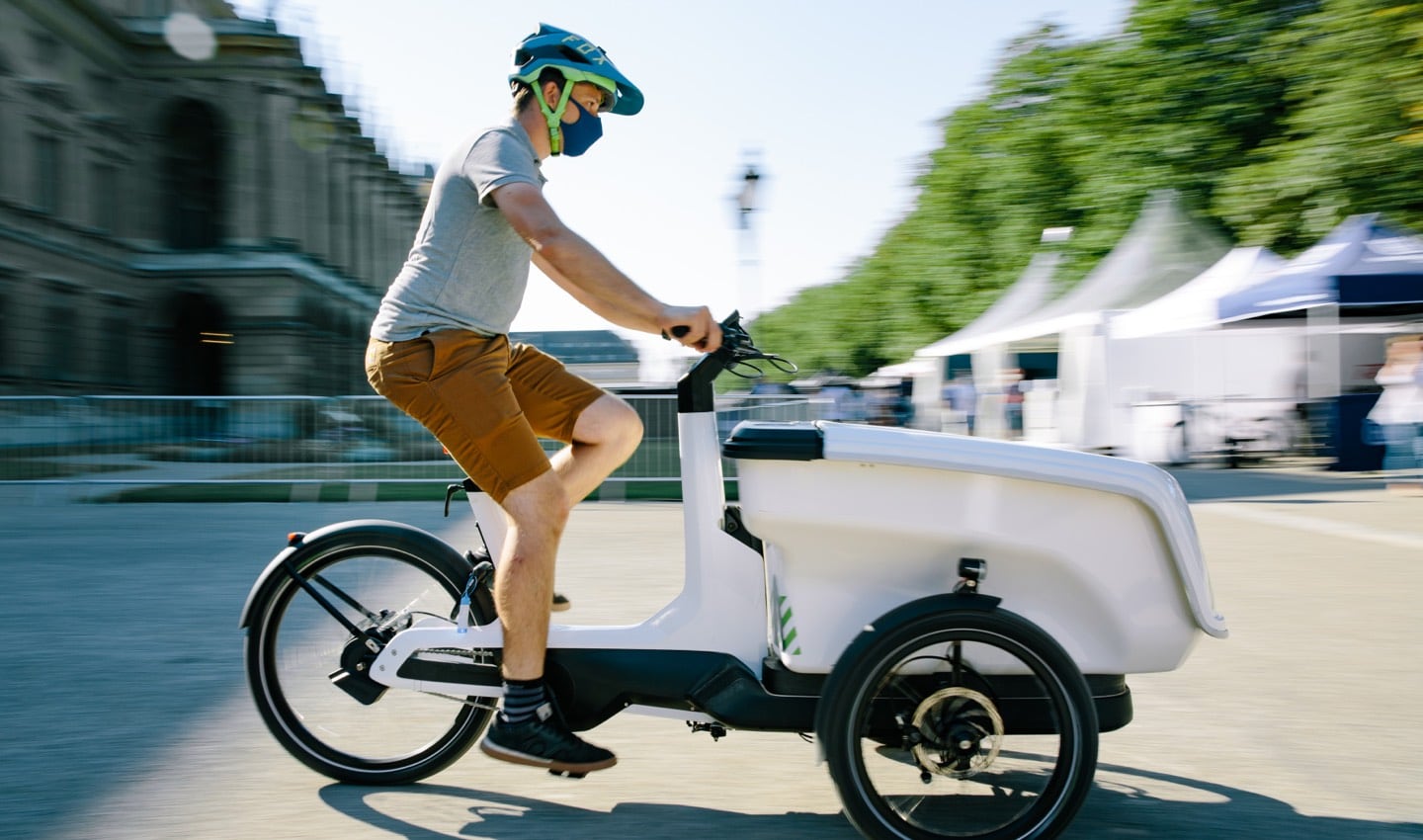 Ebikes got a lot of attention at this year’s IAA. With space to test the machines, visitors were able to get hands on.

As is the trend right now, the focus was very much on bikes for transport, with ebikes and electrified cargo utility bikes capturing much attention.


With space in cities coming at an ever increasing premium and the global climate crisis putting pressure on the traveling public to find more sustainable ways to move around alternative forms of transport – something that isn’t a car – are becoming popular, ebikes. According to market analysis firm Motor Intelligence, the ebike market will double in size between 2020 and 2026, by which time it’s expected to be worth over $46 billion.

Times are changing, and that’s a good thing

As the first European motor show to go ahead in person in two years, we’ve been as excited to see what form the show would take, as we are to see all the new technologies and concepts on display.


It seems that the show has undergone an evolution, a change of location, a rebrand, and a more expansive and inclusive approach to transport and mobility. No longer is the car center stage.


If this expansiveness is anything to go by, it indicates that our mobility and transport choices in the future will be just as broad. The car won’t be replaced, it will be supplemented.


We’ll become used to not seeing the car as the first option for all our journeys, but as a tool to be used when we specifically need it. Ebikes and electric scooters will become the norm for short journeys across town. Public transport will become more popular when parking is restricted. Shared mobility will be used opportunistically on-demand.


There’s significant and heated debate over the future of the car right now, and with new transport options gaining popularity, it’s painting uncertainty for the future of personal automobiles. However, it’s safe to say they’re not going to go away any time soon. Rather, our future will be made up of many types of transport that are better suited for their specific use. 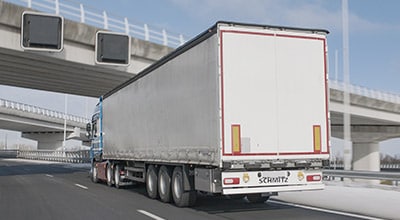 
Electric motorways: The most cost-effective route to zero emission trucks
Read article
Newsletter
Never miss a story
Get the latest news from TomTom in your inbox.
*Required field. By submitting your contact details to TomTom, you agree that we can contact you about marketing offers, newsletters, or to invite you to webinars and events. You can unsubscribe at any time by the link included in our emails. Review our privacy policy.
You’re in!