Electric motorways: The most cost-effective route to zero emission trucks

Battery electric and hydrogen power are two of the most talked about ways of reducing emissions in the haulage sector. But there’s a third option being trialed in Frankfurt, Germany, which seems to possess very few technological barriers.

As recently covered by the New York Times, the system backed by the likes of Siemens, Autobahn GmbH and truck maker Traton, is surprisingly simple, and borrows well-established technology used by trams.


The hardware, supplied by train manufacturer Siemens, effectively turns a truck into an electric tram. On top of the truck’s cabin sits a set of electrical contacts, much like you’d see on top of a tram. These connect to electrical lines suspended over the road.


When the truck engages the contacts, it can draw electricity directly from the grid to power its onboard electric motors. The truck’s diesel engine can disengage, and then the wagon becomes a zero-emission hauler. The beauty of this system is that it requires no bleeding edge technology.


It also means that the trucks don’t need to rely on heavy and expensive lithium-ion batteries for power.


While the jury is still out on battery electric and hydrogen powered trucks, this system of electrified roads is effectively already proven in that it’s used by trams and trains.


What’s more, this isn’t the first test of its kind. Similar trials have been conducted in Sweden, Los Angeles, and in other parts of Germany.


That adds heaps of weight, which will increase the wear rate of roads on main haulage routes and reduce the truck’s cargo capacity. It also adds a huge expense to the manufacture of electric trucks.


While electric trucks powered by overhead cables might be cheaper, there’s still the issue of who will pay for the infrastructure changes.

While plenty of trucking companies seem keen to be involved in the project, funding the system on a national scale would be down to the German government.


Estimates suggest installing overhead powerlines on the highways would cost about $5 million per mile.


Then there’s the risk that a better technology will come along and render it useless. Or perhaps the trucking industry might not adopt the technology over concerns such as practicality, cost or usability.


The risk is that taxpayers dish out what would likely be tens of millions of dollars for a technology that doesn’t become the standard. It would be a political nightmare.


But the benefits could be huge.

Why is this important

Trucks must go zero-emission if we’re going to address climate change. According to figures shared by Transport and Environment, trucking accounts for 22% of all CO2 produced by the transport sector. Bear in mind that just 2% of the vehicles on the road are trucks. Their impact on emissions, and the environment, is disproportionately large.


Indeed, any way to reduce emissions in the trucking sector is a good thing. Battery electric, overhead electric or even hydrogen power all possess the potential to achieve this goal.


All have their pros and cons as well.


Battery trucks don’t require any changes to infrastructure, but will be expensive, take a long time to charge and add excess wear to roads. Hydrogen trucks will be lighter and able to refuel in minutes like conventional wagons, but making hydrogen isn’t easy or cheap. Trucks that use electric motorways will be cheaper, lighter and will require no refueling, but this system requires significant costly changes to public infrastructure.

Will this test in Germany be a success? At present, it's very hard to say.


Battery technology and green hydrogen infrastructure is improving but isn’t yet where it needs to be to service demand. The test of powering trucks with overhead lines in Germany is certainly making a case for itself but the political challenges are very, very real and won’t be addressed overnight.


What systems will reign supreme will be whichever is most cost-effective for politicos and the industry at large.


The German government, while treading cautiously at the moment, says it will decide in four years on what technology it's going to support.


However, right now, overhead powerlines seem to have the edge.
“
Numerous studies have come to the conclusion that overhead cable trucks, despite the high infrastructure costs, are the most cost-effective option. 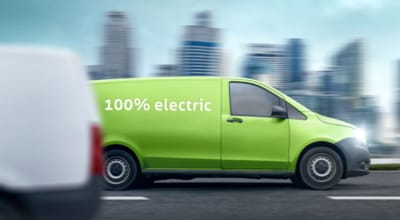 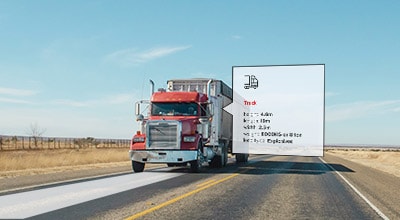 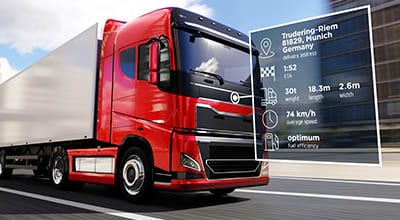