It's all busy, busy at TomTom Towers of late. So we're now bringing you The Short Cut every other week, unless something amazing happens and we can't help but share the news. This week, read on to find out about levitating cars, vintage electric Jeeps and "The Queue."

Maglev trains are cool stuff. They use magnets to levitate (hence the name) over tracks. It reduces friction and allows them to hit and maintain incredibly high speeds, with some degree of efficiency. Well now, researchers in China have applied a similar idea to cars.

Engineers at Southwest Jiaotong University have successfully tested automobiles modified with magnets to have them levitate over an inch off the ground, The Byte reports.

Despite searching, there are few details that dive into the full workings of this vehicle. But if the principle from maglev trains translates into cars, this could make vehicles more efficient. Although, it's not clear how you stop a levitating car.

Lightyear is leaps ahead in aero

The solar-powered car company Lightyear, based just outside of Eindhoven, Netherlands makes the world's most aerodynamic car, according to its own testing.

Its car, the Lightyear 0, has a drag coefficient of 0.175, Green Car Reports writes. And while it did conduct the testing itself, it followed standardized WLTP protocols.

That figure is quite abstract, but the Tesla Model S, which is known for being very efficient and aero has a coefficient of 0.208, CNET reported.

Given range anxiety, you'd think more companies would be pursuing efficiency and range gains by making their cars more aerodynamic. Perhaps, once we get over our love affair with SUVs and see sense, we'll demand more efficiency and aerodynamic vehicles. It's certainly something we should expect.

The Mercedes EQXX, which is a only a concept car right now, has a drag coefficient of 0.17. With that it was able to do a massive real-world trip of over 1,000 km (620 miles). This is with a 100 kWh battery, which is large, but certainly not unheard of.

Got an old Jeep Grand Wagoneer? Make it electric!

As great as modern Jeeps are with their off-road capabilities, cutting-edge digital cockpits and soon to be electric drive trains, old Jeeps still have their charm.

But sometimes maintaining an old car is a lot of hassle. So imagine all the charm of an old Jeep but with a modern electric drivetrain.

Thanks to a company based in Michigan, you don't have to dream anymore. For the princely sum of $290,000 you can get a classic Jeep Grand Wagoneer from between 1989 and 1991, with a fully modern EV drivetrain.

Of course, for that money Ghost Garage also performs a full restoration, so expect a car that's like new, but with that truly classic Jeep aesthetic.

I'm certain if EV conversions were cheaper and more accessible, many of us would happily rip our car's combustion engine out for something a little friendlier to the environment.

Imagine this classic Jeep but with an all-electric drivetrain. Credit: Flickr, Greg Gjerdingen.

In a future that's truly connected, not only do we need to know what things are (such as, is the thing a fridge, a traffic light or a phone), we need to know where those things are. An Internet of Things without location tech is kind of useless, for the most part.

Modern day global positioning systems do a good job of locating our things. But Vodafone, in collaboration with Topcon Positioning Group, thinks it can do better.

The pair is undertaking trials in Europe to test a service, called Vodafone GNSS Corrections, which can pinpoint the location of devices to within a few centimeters.

We'll have to wait and see what comes of the trials, but Vodafone is on the money. For many use cases, like self-driving cars, connected vehicles, infrastructure and beyond, the more precise and timely we can be with location data the better. It increases efficiency, saves time, saves money and in some cases can save lives.

My colleagues at TomTom spend a lot of time thinking about and trying to figure out how to reduce congestion on our roads. And if I've learned one thing, it's that it's far from easy to manage congestion and traffic flows, but innovation is key.

British authorities managing those who are visiting Queen Elizabeth II, who is lying in state until September 19, are being quite innovative to manage the foot-based congestion, The Verge writes.

This morning, the queue to visit the Queen is around 5 miles (8km) long, extending from Westminster to Southwark Park.

To keep visitors updated, the British Government is using Twitter, Youtube and Instagram to deploy minute-by-minute updates of the state of The Queue. They're even using What3words to give precise location data for where the tailback ends. 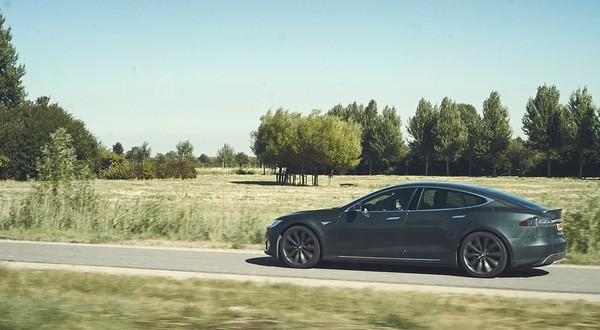 traffic and travel information
The Short Cut: Lithium shortage strains supply for EVs, and more
Hello again! It’s Friday, so we’re back and we’ve got the week’s most important news for you. This week brings lots of interesting tidbits for EV enthusiasts, so read on to find out what’s been happening.
Apr 15, 2022·4 mins read 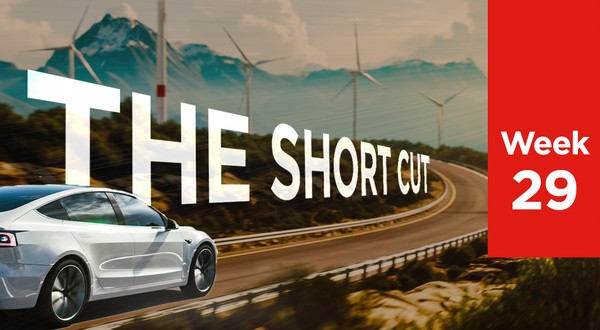 automated driving
The Short Cut: Bidirectional EVs could power a country, and more
Hello, hello. It’s that time of the week again: the Short Cut is landing on your screen, bringing a a bunch of new and hot topics for you to read about. From bidirectional EVs heating up to an update on the EV revolution, there’s no shortage of interesting takes.
Jul 22, 2022·4 mins read 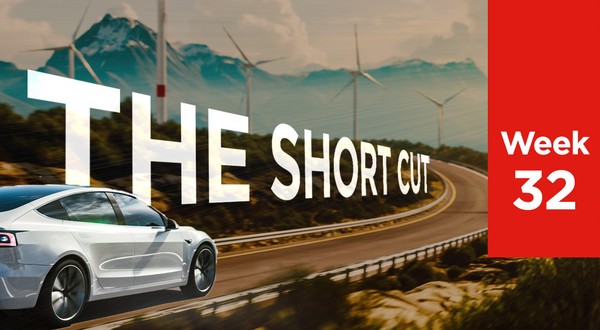 automated driving
The Short Cut: Computer chip makers – the new MVPs and more
It’s that time of the week to veer off the beaten path and take The Short Cut. There’s a lot to discover and discuss — including how computer chip makers are the new MVPs, how school buses are being transformed to fully zero-emission fleets and much more.
Aug 12, 2022·4 mins read
Never miss a story
Get the latest news from TomTom in your inbox.