What’s on the horizon for the automotive industry in a post-coronavirus world?
George de Boer
•
Next post
Next blog
Navigation

The way we move in a post-pandemic world will likely be one of the largest social experiments in the history of humanity. How will our travel habits change and what will this mean for the automotive industry?
One of the unintended consequences of the restrictions imposed on movement in the past months is that billions of people have changed their daily travel, work and social habits – with a dramatic drop in traffic simultaneously across the world. 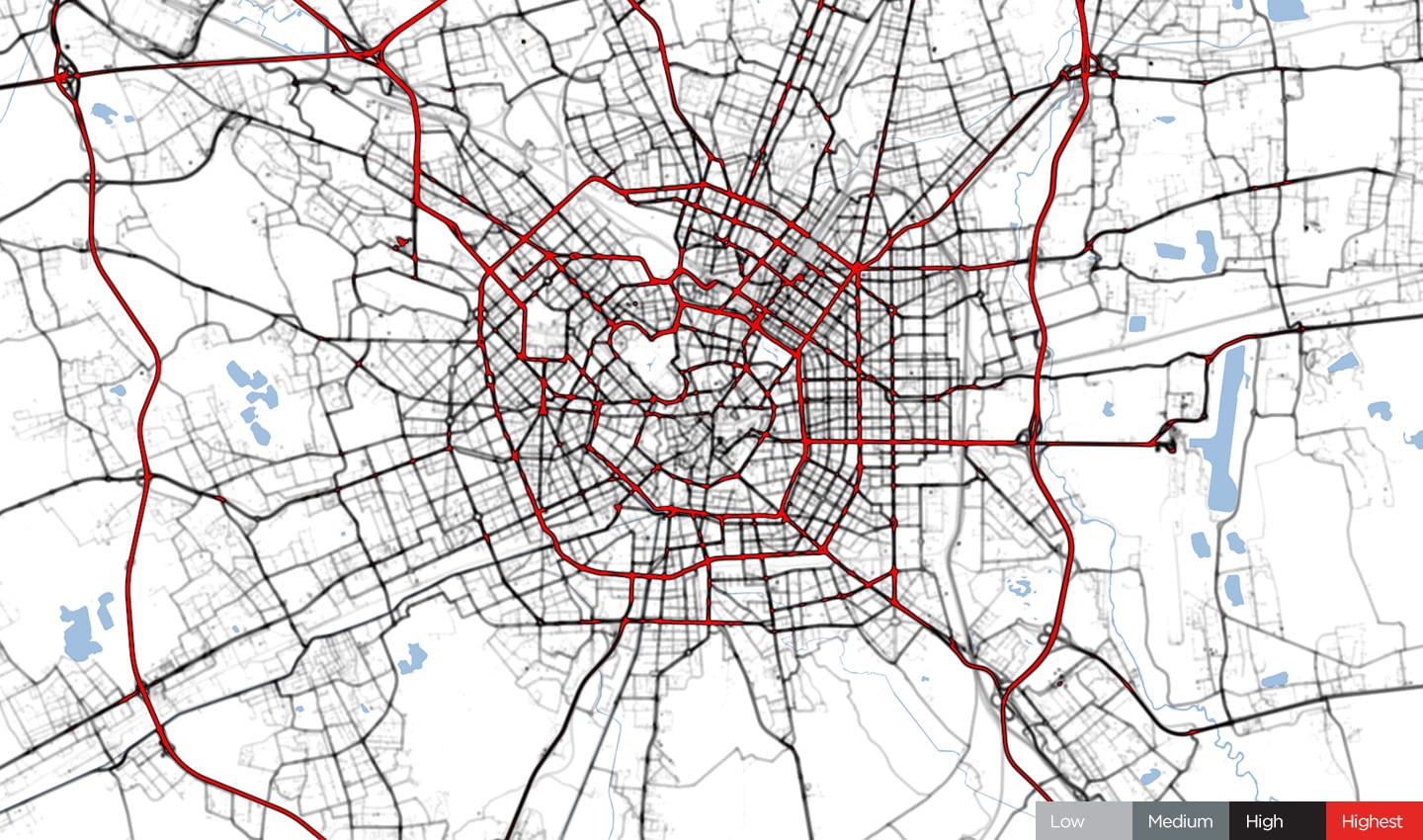 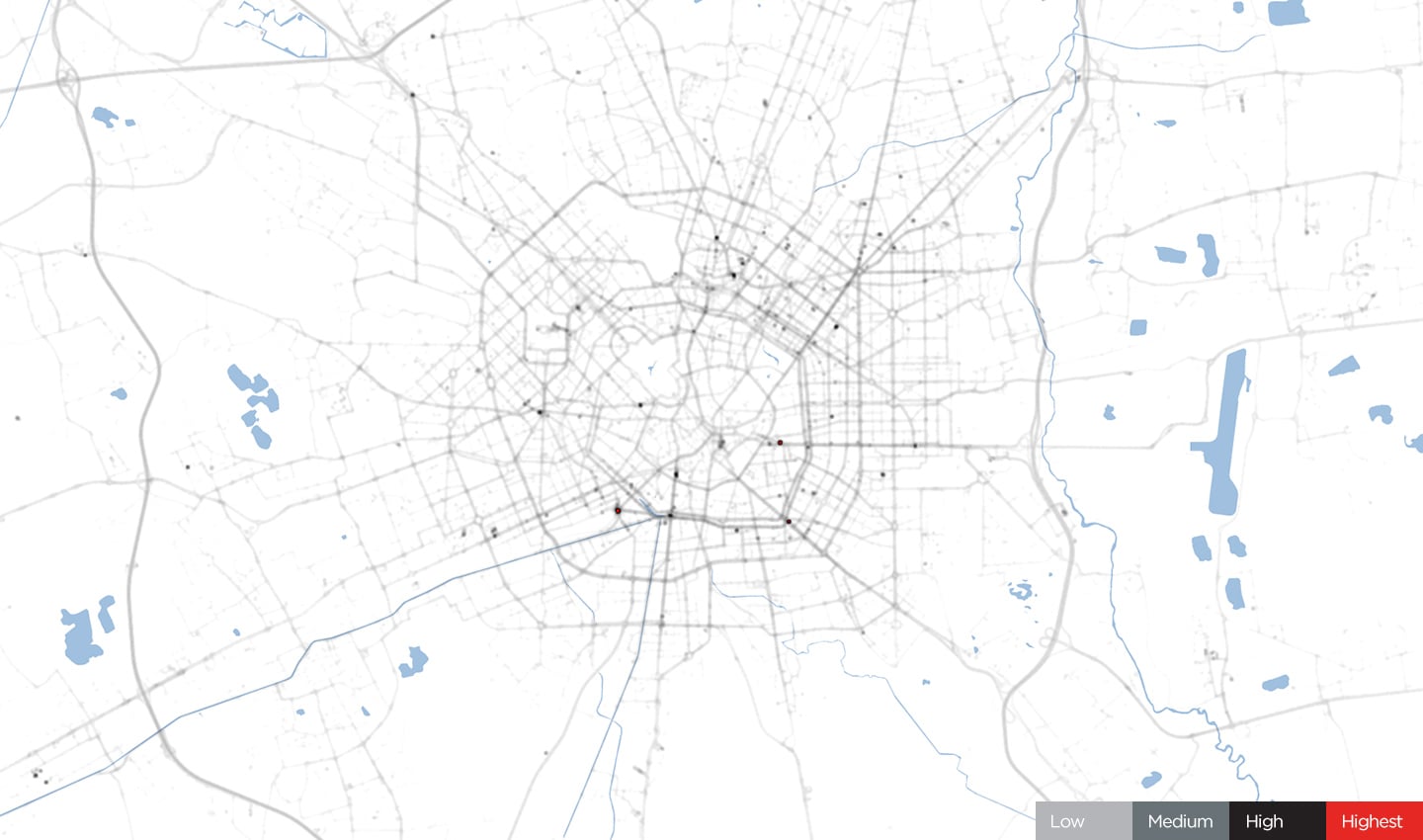 Milan, Italy. April 6, 2020. During COVID-19 restrictions.
The pressure on the automotive industry
As a result, this has greatly impacted the automotive industry and car factories. Less travel requires fewer cars and higher unemployment leaves less room for new purchases. Car manufacturing is also a part of a global supply chain. If one part of the process is cut off, especially in China, we can expect the whole process to grind to a halt.
Other parts of the industry have been impacted too. The Paris Motor Show, the New York Motor Show and the North American International Motor Show in Detroit, have all been canceled or postponed this year. This has affected hundreds of thousands of jobs and billions of dollars in sales.

Quick to adapt
The mark of resilience is how quickly you are able to recover from setbacks, and the automotive industry is showing us its immense capacity to adapt. Carmakers are bouncing back at a time when the pressure of change, driven by ADAS and EV, was already there.
The Fiat 500, slated to be launched in Geneva, was instead unveiled to a virtual audience. The video, produced on a shoestring in a very short time, could be the forerunner of things to come. What was a swiftly executed solution to a temporary challenge might become a model for how motor shows will take place in the future.

Cost savings
In the car sector, spending wisely can heavily impact profitability. It costs millions to launch a new brand. The marketing budget runs into six figures alone. Simultaneous launches are timed to go live throughout the world. Now, the mold is broken with highly accessible, down-to-earth video productions on YouTube. We can expect this to become the norm and accelerate the digital decision making and buying process, driving down the channel costs.
We all know that buying a car can be a time-consuming process. Trips to the showrooms, comparing models, booking a test drive, and negotiating deals all take time and effort. However, manufacturers are facilitating the car-buying process by putting as much information online as possible.

More online research, fewer in-store visits
A study from Close Brothers Motor Finance shows online vehicle research has overtaken physical dealership visits since 2018. As people started doing more research online, the average number of showrooms people visited has dropped from five to two. However, physical showroom visits are far from over. Only two percent of sales are made online. The rest are made only after a physical check of a vehicle. There is only so much that virtual reality or videos can do.
Other disruptive innovations to the market, like Vroom, offer customers a virtual-reality inspection of a vehicle and then will deliver it to the customer’s home for a one-week test drive. Once the customer is completely satisfied with its performance, the vehicle becomes theirs. It’s a car dealership without any physical showrooms. Vroom has surpassed one billion dollars in sales in just a short period of time since its launch.

Consolidation at the top
Just a few years ago, it was unthinkable for car companies to talk about consolidation and partnerships. Now, companies are looking to form partnerships due to high development costs of electric and autonomous vehicles. BMW and Mercedes signaled their intention to join forces last year and invested one billion dollars in carsharing, ride-hailing and electric vehicle production.
In Europe, FCA and PSA are planning to merge into one new entity, showing us not only their power to adapt, but also what the way forward may be for carmakers across the world.

Safer and cleaner
The World Economic Forum predicts the coronavirus shutdown will lead to the biggest fall in CO2 output since the end of World War II. As we celebrate the 50th anniversary of Earth Day this year, we can see the peacefulness and cleaner air that less traffic congestion has brought.
This change could provide a boost, not just to new forms of production such as electric vehicles, but also to new, cleaner, and emission-free engines. The German automotive industry is already calling for a scrappage scheme to take older cars off the roads and provide incentives to buy newer, cleaner cars.
We can also create cleaner cities by employing higher modes of automation. The latest studies show that assisted driving saves fuel in trucks up to five percent or higher. We see even higher percentages in a recent proof of concept with cars. This can decrease operating costs and create cleaner driving habits at the same time.
"Hopefully, there will be a silver lining from the coronavirus that draws our attention much more on cleaner living and reduced congestion in our living spaces."
George de Boer
Global Director Marketing Automotive, TomTom
Congestion and a personalized experience
As life begins to return to a new normal, it may be the case that people start relying more on cars rather than public transport. Public transport puts us in close proximity to other people. Cars, on the other hand, can be our cocoon and personal space, especially when we have been getting used to social distancing.
Our numbers show exactly this behavior in China. Since the lift of the lockdown, traffic congestion levels have returned to last year’s peak.
But with people getting used to working from home, we might finally see a change in traffic patterns. Essential workers such as doctors and nurses can go to work first, and those of us who don’t have to be in the office at 9am can attend our first meetings of the day virtually. Car companion apps can tell us whether it is efficient to travel to work and how we will make the best use of our time.
If we implement these changes, traffic would be distributed more evenly, creating less congestion on the roads. It would not only save people time and cost, but it would also be cleaner for the environment as driving a car at a constant speed creates less pollution than a car being trapped in traffic jams.
Being able to personalize cars could be the norm in the near future. Cars would not only recognize the key for air conditioning settings but also use the signal from mobile phones and learn your favorite routes to the shops, family and friends, school or the office. This personalization would provide information based on route planning to get electric vehicles to the closest charging points.
"We can look forward to a new generation of cleaner and safer cars, which not only provide a comfortable ride, but also automated route planning and personalized driver recognition."
George de Boer
Global Director Marketing Automotive, TomTom
This will hopefully give us the freedom we once took for granted and are now missing during the coronavirus era – the ability to visit family, go on a trip to the seaside or meet with colleagues at work.
For us at TomTom, we’ll continue working on our next innovations in the automotive industry to make the world safer, cleaner and less congested together with you. .
Future-proof location technology
We are using our location technologies to create a safer, connected, autonomous world, free of congestion and emissions. If you’d like a partner to help you think through your challenges, we’re here to help.
Learn more

TRAFFIC AND TRAVEL INFORMATION
Can traffic data help us find a way out of the lockdown?
Read article 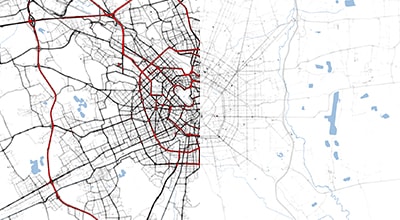 TRAFFIC AND TRAVEL INFORMATION
What can traffic data tell us about the impact of the coronavirus?
Read article 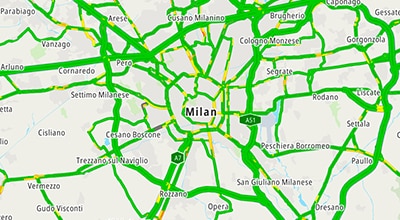 TRAFFIC AND TRAVEL INFORMATION
Can emerging traffic patterns reveal coronavirus implications?
Read article
Newsletter
Never miss a story
Get the latest news from TomTom in your inbox.
*Required field. By submitting your contact details to TomTom, you agree that we can contact you about marketing offers, newsletters, or to invite you to webinars and events. We could further personalize the content that you receive via cookies. You can unsubscribe at any time by the link included in our emails. Review our privacy policy.
You’re in!