Speed is a critical factor when it comes to road accidents and road safety. Governments are moving quickly to improve road safety across Europe, and globally, by implementing legislation requiring all new vehicles to be fitted with Intelligent Speed Assistant (ISA) technology. In Europe, ISA will be mandatory for type approval for all new cars starting July 2022.
While the legislation appears unified, not all ISA tech is created equal. Many ISAs either only alert the driver (visually or audibly) to the speed infringement; or they require an always-on connection to the internet to function.


MAPIT has overcome both challenges, through its ISA solution based on TomTom’s ADAS map in Southern Africa to actively check and manage vehicle speeds with its product: SpeedFOX.


SpeedFOX can deliver on the specific ISA regulations that are being made mandatory via the various governments worldwide.


Through differentiated thinking and cutting-edge development and integration, SpeedFOX has been engineered to deliver a consistently safer road environment for everyone.


TomTom ADAS Map contains broad coverage of road geometry, traffic signs and speed limits across Europe, Africa and North America. The ADAS Map speed limits allow millions of automotive customers to improve the safety of their L1-2 driver assistance functions by anticipating the road ahead. Similarly, SpeedFOX uses ADAS Map Speed limits to improve safety by countering speeding, very similar to the upcoming European ISA legislation.
“
We are delighted to have been able to use the TomTom ADAS Map data in our product to unlock advanced safety through active speed management to comply with ISA regulations. This is a global first and one which we are incredibly proud to be doing in association with TomTom.

Lee Annamalai
CTO of the MAPIT
The core innovation of SpeedFOX sits within 3 primary areas: a map editing partnership, smooth speed adaption and compliance. How it then utilizes the various TomTom ADAS offerings is in no small way a part of this innovation.

By being part of TomTom’s Map Editing Partnership (MEP) program, SpeedFOX operates symbiotically, in that it feeds information back into the TomTom Map.” McFerren notes that SpeedFOX has been independently driven for over 56,000 miles in Southern Africa. During those journeys the company has been able to feedback speed limits to the MEP and make TomTom’s map data more accurate for the other road users – most changes are made within 48 hours of being noted.

SpeedFOX is a completely self-contained unit. This means it doesn’t have to be constantly connected to the internet to function. McFerren says this is a key differentiator for SpeedFOX as it involves the compression of the TomTom maps database to be housed in an offline environment which quickly (every second) locates the vehicle on the road, identifies the speed limit of the road the vehicle is on, compares that speed limited to the vehicle’s actual speed and then makes a rule-based decision as to whether intervention is required or not.


Just because SpeedFOX doesn’t need an always-on internet connection to function, doesn’t mean that it’s entirely disconnected from the internet. Every vehicle owner can choose how often they want their SpeedFOX unit to connect to the internet and update its map via Wi-Fi.

Naturally, there could be some major concerns if SpeedFOX were to abruptly enforce a change in the vehicle’s speed as the speed limit between two segments of road changes. McFerren says that a large amount thought went into ensuring that this wouldn’t happen.


The solution was to smooth the speed transition between two road segments over a period of time. For example, depending on the vehicle type, changing speed from 70mph to 50mph will occur over several seconds and not immediately as the limit changes. This ensures a seamless transition through various road segments while always making sure that the driver remains in complete control over the vehicle.

SpeedFOX does not breach any core ECU features and as such will not compromise any OEM warranties.


As development on SpeedFOX continues, MAPIT CEO, Kamal Ramsingh says that meeting international regulatory compliance is key. European ISA Type Certification of SpeedFOX is slated for the second quarter of 2022, while the Southern African certifications are already well underway.


TomTom and MAPIT have successfully collaborated to improve road safety for drivers in Southern Africa by integrating high-quality speed limit content from TomTom’s ADAS map into SpeedFOX, providing functionality similar to Intelligent Speed Assistance. This is a critical experience that both companies can apply to the upcoming European ISA legislation. 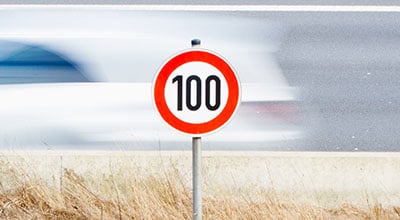 
The latest: What you need to know about intelligent speed assistant regulations
Read article 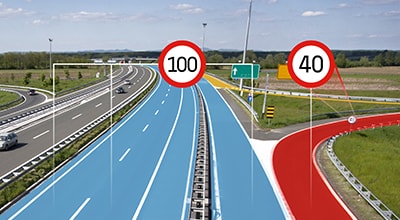 AUTOMATED DRIVING
Driving safely with ADAS map speed limits
Read article
Newsletter
Never miss a story
Get the latest news from TomTom in your inbox.
*Required field. By submitting your contact details to TomTom, you agree that we can contact you about marketing offers, newsletters, or to invite you to webinars and events. You can unsubscribe at any time by the link included in our emails. Review our privacy policy.
You’re in!