The Short Cut: Volvo teams up with Epic Games, and more
Rosalie Wessel
•
Next post
Next blog
Automated driving

The Short Cut: Volvo teams up with Epic Games, and more

Look! It’s us again! Welcome back to The Short Cut. This week we’ve got a menu of news stories to catch up on: from an inspiring read about a New Zealand woman who converted her own car to electric power, to news that EVs are winning people over.

Biden’s plans to allocate $7.5 billion to building new EV charging stations is having teething issues. Four years ago, states received $424 million to use the chargers, but only 48% of those have been used, The Wall Street Journal reports.


The Biden administration is aiming to have 500,000 public chargers set up by 2030, and that still doesn’t look like it’ll be enough. McKinsey and Co estimates that as many as 1.2 million chargers will be needed. As states shuffle their feet on using the funds allocated to them, it remains to be seen if the EV revolution will lose power before it can truly take over.

Want a summer project to keep you busy? Why not convert your gas car into an EV? That’s what New Zealand local Rosemary Penwarden did. Penwarden sourced the 29-year-old vehicle from a wrecker, A and the help of engineer Hagen Bruggeman, spent eight months converting it to electric power.


Having taken the combustion engine out herself, Penwarden replaced it with a new gearbox and electric motor, as well as 24 batteries underneath the hood, and 56 in the boot. The entire operation cost Penwarden $24,000. The car is fully signed off and warranted, and Penwarden believes that in the long run, it will save her money. Converting gas cars into EVs has become more popular as EVs grow in popularity. Bruggeman has already converted eight cars to electric engines and claims that though it might be a big undertaking, Bruggeman says that converting a diesel truck would pay off within five years.


To read the full story, head over to The Guardian.

EVs are winning people over

For the first time ever, the amount of car buyers considering EVs has exceeded 50%.


According to EY’s Mobility Consumer Index, a survey of 13,000 people in over 18 countries people are shifting due to concerns about the environment, Business Times reports. Alongside increasing taxes on gas cars, and a fading anxiety over charging stations and EV range, EVs are looking more popular than ever. And a larger amount of people are also willing to pay a premium, with 88% of those surveyed saying they would. So, hooray for EVs! Their star continues to rise.

Britain is falling behind in the battery race, Reuters reports. The country needs to build more battery factories or else it risks impacting an industry that employs over 170,000 people. With Brexit trading rules disrupting the British economy and limiting import options, industry experts say that around four to six large battery plants are required in order to maintain a successful car industry.


So far, the British government has set aside £1 billion to support its EV supply chain, with the potential for battery plant sites very limited. Other countries in the EU such as Sweden and France have more production capacity – and Britain is forecasted to lag behind Germany, whose seven planned battery plants will have seven times the capacity of the UK’s.

Trippy! Volvo teams up with Epic Games for photorealistic graphics

Volvo is getting into gaming. The Swedish carmaker is partnering with Fortnite creator Epic Games to bring photorealistic graphics to its future EVs, The Verge reports. Volvo said its partnership with Epic Games is aimed at improving its human-machine interface (HMI). The aim is to create a platform that will make it easier for its engineers to update its software.


Safety, which will also be a major theme, will be improved through rendering its external sensors such as camera, radar and lidar through the Unreal Engine. The Unreal Engine is what Epic Games uses to create 3D graphics seen in Fortnite, and how Volvo hopes to introduce a less overwhelming atmosphere for its drivers.


Epic Games is becoming increasingly enmeshed with the automotive industry – having also announced recently that it will supply HMI software for the 2022 Hummer EV. The integration of gaming style graphics and the EV industry is slowly gaining traction. Automakers and gaming companies alike are realizing the sensibility in using software that relies on touchscreens and digital interfaces in infotainment centers.

Eager to rev up their EV usage? The Netherlands recently set aside €71 million to subsidize the sale of EVs to the general public, Dutch News reports. That budget has now been spent, with a total of 22,000 people able to benefit from a grant of €3,350 that went towards buying a cheaper EV. This isn’t the end of the scheme though; more funds are set to be allotted in 2023 and 2024. However, the government will lessen the amount contributed. 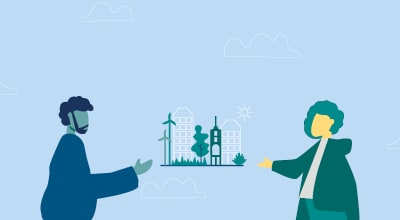 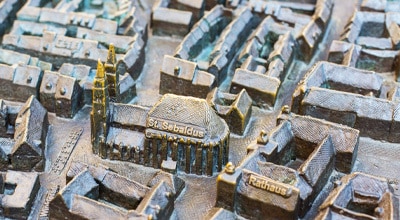 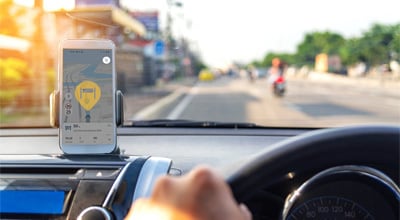 
TomTom AmiGO launches a special mode for deaf drivers
Read article
Newsletter
Never miss a story
Get the latest news from TomTom in your inbox.
*Required field. By submitting your contact details to TomTom, you agree that we can contact you about marketing offers, newsletters, or to invite you to webinars and events. We could further personalize the content that you receive via cookies. You can unsubscribe at any time by the link included in our emails. Review our privacy policy.
You’re in!