The week in tech: Electric vehicles are in the spotlight, and more
Rosalie Wessel
•
Next post
Next blog
Automated driving

The week in tech: Electric vehicles are in the spotlight, and more

It’s nearly the weekend! It’s been a busy few days, so to close off the end of the workweek, let’s have a look at what the rest of the industry has been toiling away at.

EV fleets are going to need new policies, and soon

The number of electric vehicles (EVs) on the road is increasing, and fast. As of last year, registrations of EVs in the U.K. rose 75%. EVs are becoming more and more mainstream, which has pointed to a number of other issues that have been waiting for their time to shine. Writing for Automotive World, Paul Holland explores the need to take a closer look at company policies regarding compensation for charging electrical vehicles, the need to train drivers on how to use EVs safely and why the industry should begin sharing knowledge about EVs more freely.

Electric vehicles bring down CO2 emissions in the U.K.

The recent surge in EV sales has prompted a decrease in CO2 emissions to the lowest level in new cars sold in the U.K., ever. Despite EVs only making up 12% of U.K. sales in 2021, they’ve still managed to drag pollution levels down due to their zero exhaust emissions. There’s also been an increase in the sales of hybrids, and sales of EVs are expected to continue rising in 2022. Read the Guardian’s full coverage of the falling CO2 emissions here.

Critical times ahead for electric cars

EV sales have surged in the US, China and Europe over the past year. There is such strong demand some models are sold out for the next two years. As electric cars are easier and cheaper to maintain, refuel and drive than combustion vehicles, they are becoming more and more attractive amidst the knowledge that climate change is worsening. Writing for The New York Times, Jack Ewing and Neal E. Boudette explore the way the car industry is changing, as well as the risks and benefits of the industry turning towards EVs.

Who knew that AI would be a better at driving than humans? At least that's the case in the virtual world. Sony has trained an AI called GT Sony to compete in the PlayStation video game, Gran Turismo. The Guardian reports that the company found its AI can outrace 95% of human gamers in 2 days and continued to lower its time throughout the next week. The AI was based on a common technique called reinforcement learning, where it was given information about the game and offered rewards for faster lap times. The success of the AI has added to the debate over driverless cars, and what is the best method for computational control.

Norwegian carmaker cracks 1,000 km of range with its new EV

Norwegian company Fresco Motors has announced the launch of its newest model, the Fresco XL. The car will be able to go 1,000 km on a single charge, thanks to its double stacked battery that sits on its dual motors. The car will be an eight-seater, with the added benefit of its dual motors providing increased grip and traction in icy weather. Want to know more? Ioanna Lykiardopoulou at The Next Web discusses the benefits of this new EV. 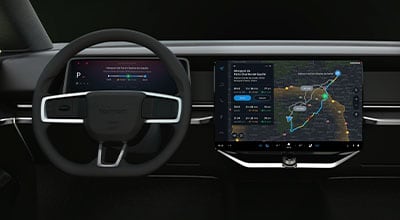 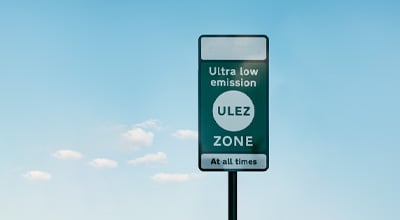 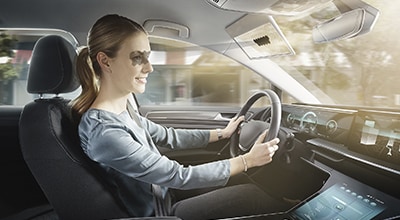 
Bosch’s infotainment domain computer is powerful brain for digital cockpits of the future
Read article
Newsletter
Never miss a story
Get the latest news from TomTom in your inbox.
*Required field. By submitting your contact details to TomTom, you agree that we can contact you about marketing offers, newsletters, or to invite you to webinars and events. You can unsubscribe at any time by the link included in our emails. Review our privacy policy.
You’re in!