What are the six levels of autonomous driving?

Autonomous vehicles and advanced driver-assistance systems (ADAS) are projected to help save millions of lives globally, eliminate congestion, reduce emissions, and allow us to rebuild cities around people and not cars.

The world of autonomous driving doesn’t consist of only one single dimension. From no automation whatsoever to a complete autonomous experience, driving can be enhanced by several levels of technology advantages. By allowing technology into the driver seat, the automotive industry is making a bid to reduce accidents on the road, increase driver comfort and powertrain efficiency.

In this article, we’re taking a look at how we can go from no automation, to driver assistance, to partial, conditional and high automation, to finally arrive on a full automation driving experience.

According to the Society of Automotive Engineers (SAE), there are six different levels of driving autonomy that make a complete driving experience:

Let’s look at each level in more detail:

As the name suggests, Level 0 relies completely on the driver to perform all longitudinal and lateral tasks, such as acceleration or steering. The driver is in complete control of – and responsible for – the act of driving.

While not featuring any form of automation, the system will give some warnings. These could be, for example, lane departure or forward collision warnings. As they only inform the driver through alerts and notifications, they still fall under Level 0.

At this level, the vehicle only controls or intervenes to control the speed or steering of the vehicle, but not both at the same time.

While the driver can’t relinquish control of the car, Level 1 systems assist with some driving tasks. An example of such an ADAS function is adaptive cruise control, where the car will keep a set speed and safe distance between the car ahead by automatically applying the brake when traffic slows and resuming its original speed when traffic clears.

Another use case is lane keep assist, which brings the car back into the middle of the lane in case the vehicle veers off slightly without activating the turn signal – yes, it sometimes happens even to the best of us!

Moving up to Level 2, the driving task is shared between the vehicle and the driver. The vehicle usually takes over the two primary driving functions of lateral and longitudinal control. This can be achieved, for example, by combining adaptive cruise control with lane keeping. In this case, the driver is allowed to temporarily take their hands of the wheel. However, the driver still needs to have constant situational awareness and monitor the surrounding environment.

Some of the most notable examples of carmakers using Level 2 automation are GM’s Super Cruise, the Mercedes-Benz Drive Pilot, the Tesla Autopilot, Volvo’s Pilot Assist and the Nissan ProPilot Assist 2.0.

A new trend in the automotive industry is Level 2+ systems, which exceed the functionality you would typically find in a Level 2 model. The main difference between the two is a higher degree of automation when maneuvering to enter or exit a highway, change a lane or merge onto one. Taking the example of changing lanes, a Level 2 system would simply stay in the same lane, even when driving behind a very slow vehicle that it is allowed to overtake.

At Level 3, the vehicle can accelerate past a slow-moving vehicle, monitoring its surroundings, changing lanes, and controlling the steering, throttle, and braking. All the driver has to do is keep paying attention and be ready to take back control when the vehicle calls for it.

Level 3 automation allows you to take your hands off the wheel and eyes off the road – as long as you remain alert. The result is a relaxed driver on certain occasions, like when driving in traffic jams. Most car manufacturers allow such a traffic jam pilot function to operate only on specific controlled access highways and operate when traffic is relatively slow – below 40 miles per hour.

At Level 4, the interaction between human and machine lowers as the vehicle’s capability increases. Steering, braking, accelerating and monitoring the environment are taken out of the driver’s hands, as well as changing lanes, turning and signaling.

The vehicle can handle highly complex driving situations, such as the sudden appearance of construction sites, without any driver intervention. At the moment, this is allowed for specific, predefined circumstances, such as on controlled access highways.

However, a human still has the option to manually override. For the driver, this means she can safely relax and even read a book, while the car responsibly and safely drives on the highway and, possibly, even on city roads. The car can still prompt the driver to take back control, but if it receives no response, the car is able to bring itself to a safe stop. An example of Level 4 autonomy is the Waymo test car.

Now we’re getting to the really good stuff: autonomous driving.

Level 5 autonomy requires zero human attention. There’s no need for a steering wheel, no need for brakes and no need for pedals. The autonomous vehicle controls all driving tasks under all conditions, including the monitoring of environment and identification of complex driving conditions like busy pedestrian crossings.

This is done by adding an extra layer of sophistication to adaptive cruise control (ACC), which results in predictive cruise control. This extends a car’s vision beyond the range of sensors as it knows the road geometry ahead. As a result, it enables the vehicle to adjust speed automatically based on digital map data such as curvature and gradient of the road.

Another ADAS use case is intelligent speed assist (ISA), mandatory in all newly manufactured vehicles in Europe from 2022. Using speed restriction data from digital maps, if a vehicle is exceeding the speed limit the system can slow the car down automatically. This feature helps limit over speeding on European roads, in turn, reducing the number of accidents and increasing overall safety.

Lastly, as digital maps allow powertrains to adapt speed and shift gears pro-actively. This can lead up to 5% fuel savings and in the case of electric vehicles, it leads to less battery drainage.

Digital maps improve powertrain efficiency by adapting speed and shifting gears pro-actively. This means that vehicles using the ADAS map can achieve up to 5% fuel savings. In electric vehicles, it can lead to less battery drainage to help reduce range anxiety.

The maps that help create this experience are called ADAS maps. The TomTom ADAS Map has been proven to achieve up to 5% fuel savings, can help car manufacturers achieve higher Euro NCAP ratings and is already in over one million SAE Level 1 and Level 2-enabled automated vehicles on the road today.

Want to learn more on ADAS?
Learn how the TomTom ADAS Map can help you.

The benefits of autonomous driving

At Level 5, passengers would be able to safely work, eat or even to take a nap while the car takes up entire driving functions. This has important implications, as every person in an autonomous car becomes a passenger – relieved from the stress of driving and with free time on their hands.

How the HD Map powers Levels 3, 4 and 5 of autonomous driving

HD Maps support autonomous driving by adding robustness to the system and extending the functionality to more challenging driving scenarios such as heavy fog. HD Maps work in conjunction with onboard sensors such as camera, radar and lidar and improve localization, sensor perception and path planning. The result is a more robust automated driving system, which increases consumer trust in autonomous driving – and its adoption.

At Level 2 and 2+ ADAS Maps reaches its full potential, so there is a shift towards TomTom HD Maps. Although HD Maps support Level 2 – 5 autonomous driving, vehicles can also use HD Map for Level 1 functions such as lane keep assist.

At the time of writing, in December 2019, TomTom’s HD Map has over 60% of the market share and is constantly striving to support the autonomous driving software stack along with other components like artificial intelligence and image recognition software.

With high accuracy and attribution, and extensive coverage spanning Europe, the United States, and East Asia, the TomTom HD Map is a natural choice for carmakers seeking to deploy automated driving systems on a global scale. Now, who’s ready for that driving nap?

Want to learn more on autonomous driving?
Learn how the TomTom HD Map can help you. 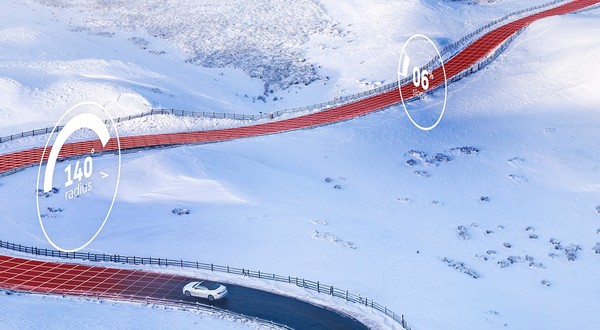 automated driving
What is adaptive cruise control and how does it work?
Adaptive cruise control (ACC) is an active safety system that automatically controls the acceleration and braking of a vehicle. It is activated through a button on the steering wheel and cancelled by driver’s braking and/or another button.
Nov 28, 2019·8 mins read 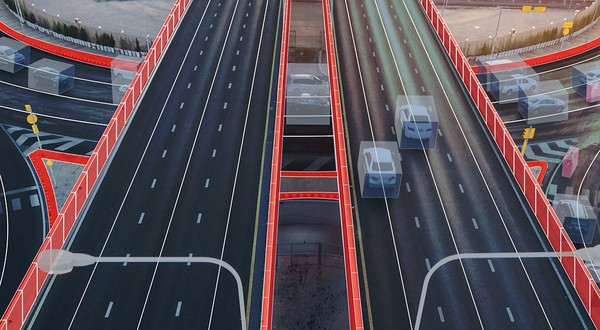 automated driving
How to make HD maps better with AI: EL-GAN for lane detection
Building maps for autonomous driving is a challenge, even for experienced mapmakers. It entails making sense of vast amounts – petabytes – of data gathered by survey vehicles and connected cars. By leveraging advanced AI algorithms, TomTom is accelerating the production of HD maps for self-driving cars.
Dec 05, 2019·3 mins read 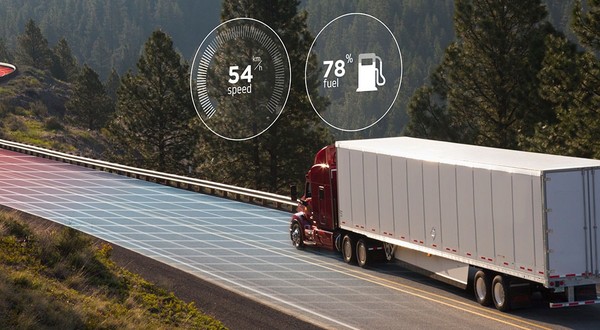 automated driving
How ADAS helps truck drivers stay safe and drive efficiently
Professional truck drivers have a demanding job. Not only do they need to drive a fully loaded truck for the better part of the day, but they must do so as quickly and efficiently as possible while keeping themselves and their cargo safe on the road.
Nov 11, 2019·3 mins read
Never miss a story
Get the latest news from TomTom in your inbox.